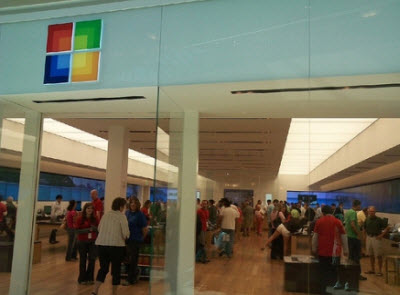 Microsoft is planning to open its own store in the Seattle area as it seeks to compete with Apple in the company-owned tech store business.

Microsoft has four other locations in Mission Viejo, Calif., Scottsdale, Ariz., and upcoming stores in Denver and San Diego. It once had a store in Sony’s Metreon mall in San Francisco, but it closed that store some time ago.

The strategy has certainly worked for Apple, which has 287 stores open. Those stores create an upscale image for the Apple brand and help it capture more profit margin on every product sold, since it doesn’t have to share profit with an external retailer.

Microsoft would be wise to redouble its efforts to compete with Apple, since Apple has now surpassed Microsoft as the world’s most valuable technology company.