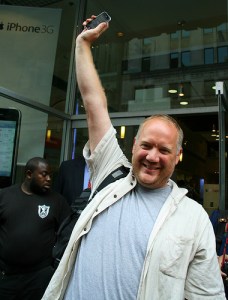 “You can now make and receive calls with Skype for iPhone using your 3G connection,” trumpets a blog post at Skype, the Internet phone service. But there’s a catch: The company plans to charge for the higher-speed connections next year.

“Skype-to-Skype calls on 3G will be free until the end of 2010,” writes Skype blogger-in-chief Peter Parkes. “Over the coming months we’ll be working out what pricing options might be.”

In theory, using AT&T’s 3G network will mean better voice quality on calls, since the audio signal does not need to be compressed, and opens up the possibility for video calls, which don’t always stream well over AT&T’s slower EDGE network.

But Skype is already facing gripes from users such as 9to5Mac blogger SethWeintraub, who feels he is “already paying for” for Skype service through his AT&T data plan. Skype hasn’t responded to questions yet, but it seems most likely that the company will offer free service over EDGE and paid service over 3G.