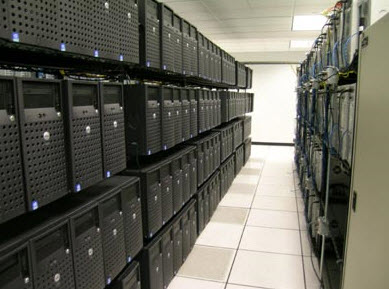 Hewlett-Packard is slicing 9,000 jobs and taking a $1 billion restructuring charge as it automates its data centers to handle enterprise cloud services.

HP previously consolidated its data centers in 2006 as it reduced its number of data centers from 85 to 6. This change is more about automating data centers so they can handle cloud services. In some ways, the news is good for companies such as Intel because HP will likely be adopting new chips that can replace many servers with just one. Also, HP said it expects to replace 6,000 of the positions eliminated with new sales people. HP expects to save something like $500 million to $700 million by 2013.

Cloud computing, where computing is performed in Web-connected data centers rather than on client computers, is sweeping through the industry now because it allows companies to offer services, back-up data more easily, and let users log on from any computer.

Over the past 20 months, HP has integrated its acquisition of EDS, which it acquired for $13 billion in 2008. Now that the process is done, the company has identified ways to grow the business and redeploy its staff.