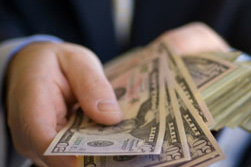 Ad marketplace Reply.com filed for a $60 million IPO in February. But now the company has taken another $15 million from Hercules Technology Growth Capital, a Palo Alto-based firm that feeds both VC and private equity-backed companies.

Hercules runs a low-profile operation compared to, say, Elevation Partners. But the company, founded in 2003, is traded on the Nasdaq and, as noted in the Hercules’ press release, still has more money looking for a good home.