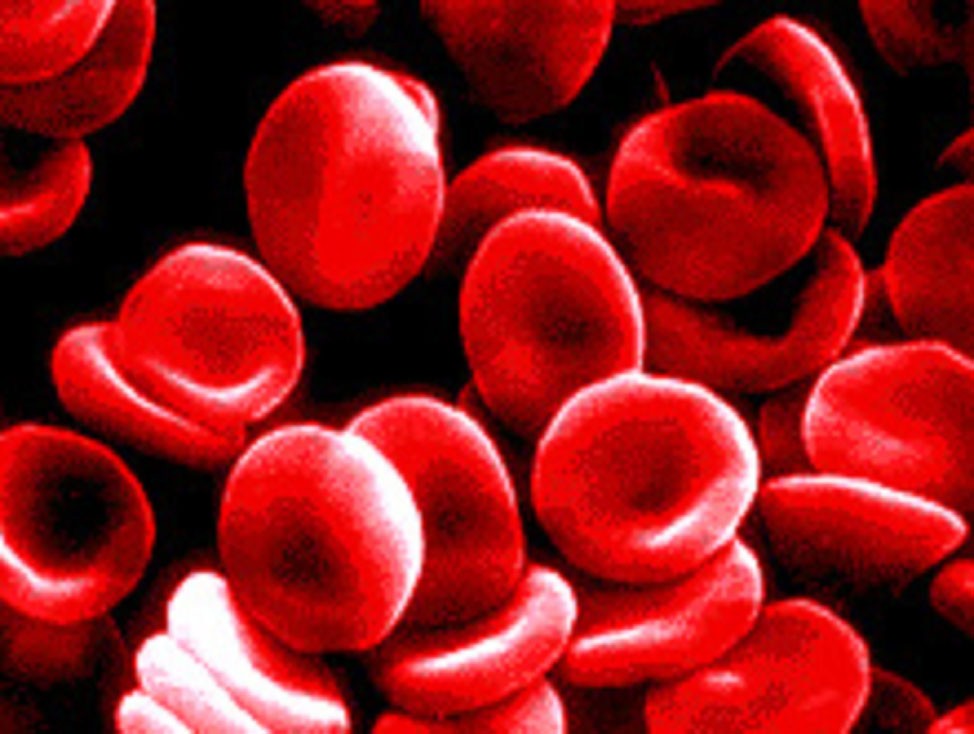 Red blood cells! Who would guess that whether they're type A, B, O, or AB
has so much to do with character development in Japanese videogames?

Editor's note: I've learned so much about Japanese culture since entering the enthusiast press in 2006. I had no idea anyone even cared about blood types beyond the nurses at the local Red Cross and the hospital. Meghan tells us how the Japanese perceive blood types and what this means for character development in Japanese video games. -Jason

Blood type is a big deal in Japan. Why? Because it’s a long-going trend that helps define and (unfortunately) typecast a person’s personality. Based loosely in science (with emphasis on loosely — scientists in Japan disprove these blood-type related theories all the time), blood types can effect just about every part of your life, from making friends to getting a date — or even a job.

Pervasive as it is, blood type (or ketsuekigata) often comes up in Japanese media, including manga, anime, dramas, and videogames. You may be leafing through a game manual (yeah, right — who uses those?) or a strategy guide (again, wikis are the new GameFAQs) and see a game character’s blood type listed. So what? Who cares if that lanky, blue-haired JRPG protagonist’s blood type is A/B/O/AB? Although listing a game character’s blood type seems to be becoming less common now that localization teams realize audiences outside of Asia don’t understand this malarkey, blood types encapsulate and convey the character’s persona in two letters or less.

So what’s your favorite game character’s blood type say about them? Check the blood type definitions and game-character list after this short history of blood typing in Japan to find out. (Game character blood type info gathered from game Wikias and Japanese forums. Definitions and cultural information via The Independent and the BBC).

Stepping back from video games — the blood type problem in Japan

The terms burahara and ketsuhara, both meaning blood type harassment, are good indicators that blood typing is becoming a social problem in Japan. Instances of such abuse effect work, love and life.

In this BBC article a Japanese man explains how he was asked his blood type at a job interview because the company president “obviously had a bad experience with a B-type blood person”. He got the job, but later found himself being kicked out of a company party because his boss wanted to send the B blood-types home early. Dating by blood type is popular as well and is a consideration in match-making services and speed-dating, where men or women may be seeking a specific type. 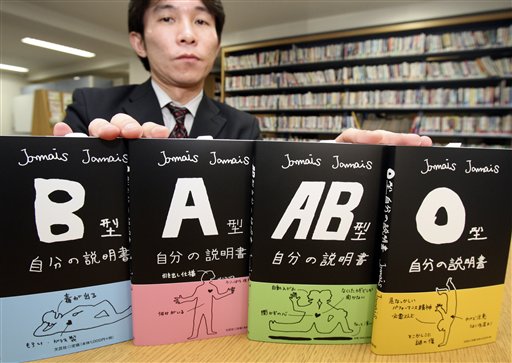 These blood type guidebooks appear just about
everywhere in Japan, from bookstores to 7-Elevens.

Blood typing also extends into some areas of life you wouldn’t expect. The women’s softball team that won gold at the Beijing Olympics used blood group theories to determine each player’s training, according to an article from the Huffington Post. Some kindergarten students are divided into classes by blood type. An article I recently read in my Japanese class detailed an elementary schoolteacher dealing with typecasting his or her own students’ personalities by bloodtype, while expressing disgust for the prevalence and unfairness of the blood type system.

The Huffington Post article mentioned above provides a concise history on blood-typing:

The theory was imported from Nazi race ideologues and adopted by Japan’s militarist government in the 1930s to breed better soldiers. The idea was scrapped years later and the craze faded.

It resurfaced in the 1970s, however, as Masahiko Nomi, an advocate with no medical background, gave the theory mass appeal. His son, Toshitaka, now promotes it through a private group, the Human Science ABO Center, saying it’s not intended to rank or judge people but to smooth relationships and help make the best of one’s talents.

The books tend to stop short of blood-type determinism, suggesting instead that while blood type creates personality tendencies, it’s hardly definitive.
…
[From the beginning of the HuffPost article] In the year just ended, four of Japan’s top 10 best-sellers were about how blood type determines personality, according to Japan’s largest book distributor, Tohan Co. The books’ publisher, Bungeisha, says the series — one each for types B, O, A, and AB — has combined sales of well over 5 million copies. 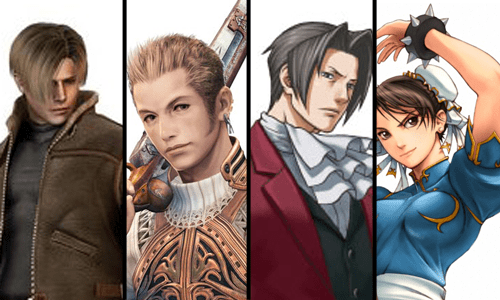 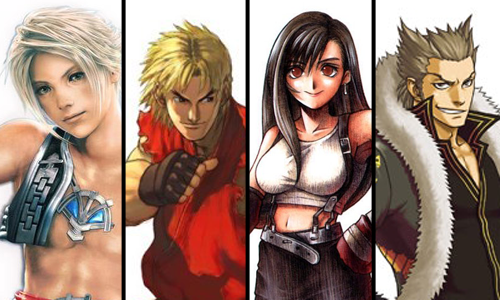 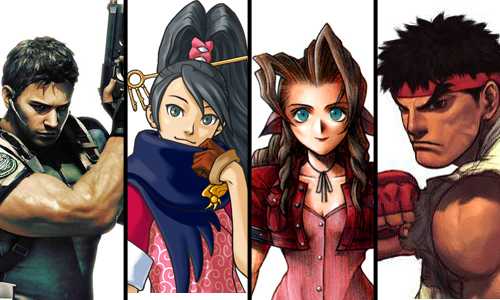 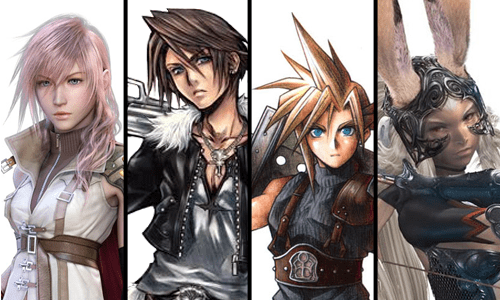 [Character blood types are assembled from game wikias and Japanese game-related forum threads like this and this. I’m blood type O. Start making your judgments accordingly!]

Check out more articles that tie Japanese games and culture together at KanjiGames.