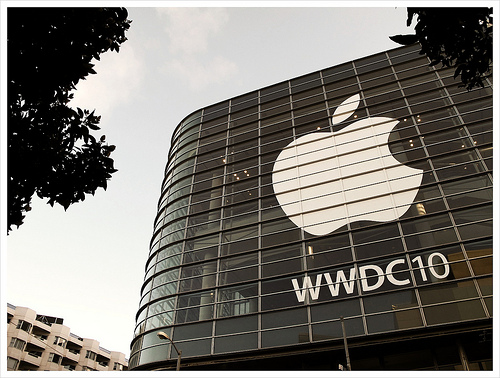 I’ll be attending Steve Jobs’ keynote speech live at Apple’s Worldwide Developer Conference at 10 am Pacific on Monday, so be sure to check in for our live coverage. Writers Paul Boutin and Anthony Ha will join me in offering complete analysis and coverage of the event.

The event runs throughout this week in San Francisco at the Moscone West convention center. It is sold out, with Apple’s Macolytes eager to hear the latest from their high priest. One of the things that Jobs really has to do is create the impression that the iPhone’s momentum is unstoppable and that Google’s Android-based phones are going to be also-rans. While there are more than 85 million iPhone OS-based devices out in the market now, Android is closing the gap.

Rumors of Jobs’ topics have proliferated throughout the web. He will likely offer an update on the iPhone OS 4, the operating system update for the iPhone. And the digerati expect him to unveil the iPhone 4, which leaked out through the unfortunate lost iPhone prototype incident. (Gizmodo, the blog that paid good money for the prototype, says it hasn’t been invited to the WWDC.) 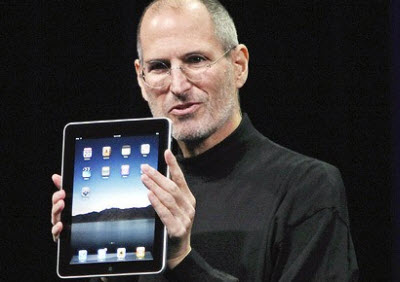 I’m looking forward to a full description of this device. Rumors suggest the phone will be called the iPhone HD and that it will use the same A4 chip from Apple that is used in the iPad. The new phone will probably have two cameras, one facing front and one facing back. It is expected to be able to accommodate live video conferencing.

Apple will also offer updates on the Mac line-up. That could include a refresh of the Mac Mini, which is often used as a home theater solution for those who want to connect their computers to their TVs. Apple also sorely needs to upgrade its Apple TV set-top box, but this isn’t likely to happen, as Jobs said recently that you pretty much need to build something like Apple TV into a web-connected HDTV to make it palatable to consumers. Apple also needs to refresh its aging MacBook Air laptop, but this may be unlikely as well.

And since Jobs has gone public with his anti-Adobe Flash stance, Apple is likely to put the rival standard, HTML5, into the limelight. Jobs said last week at the D8 conference that he didn’t go picking a fight with Adobe but just got tired of hearing trash talk from the maker of Flash.

Observers also expect Apple to say something about its acquisition of Lala, a cloud-based music streaming service. Apple has shut down Lala, but it may be planning to create a cloud version of iTunes, which would give users access to their music from any computer or device, since the music can be streamed from servers in a centralized data center. Apple could then offer services similar to Rdio, the startup backed by the founders of Kazaa and Skype.