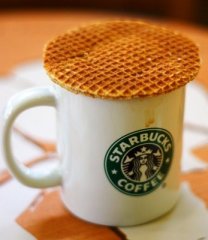 Whole Foods has the most Twitter followers but Starbucks’ huge Facebook audience makes it the highest-ranking brand on social media, according to a ratings study done by London-based Famecount, a media measurement service that aggregates popularity across social media channels.

No surprise that Coca-Cola is second, but Famecount ranks it well behind Starbucks. Whole Foods came in at No. 3, based almost entirely on its 1.7 million followers on Twitter.

“It is interesting to see established offline brands perform so strongly,” Famecount founder Daniel Dearlove wrote in a summary of the rankings. “This highlights the growing importance of social media in wider marketing campaigns, as well as the applicability of these channels to established brands.”

Famecount’s media, sport and game brands are less surprising, but I’ve included the table below. 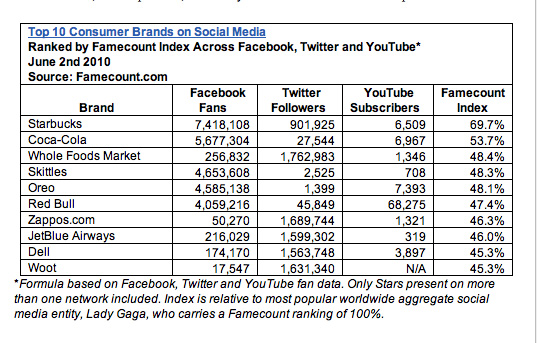 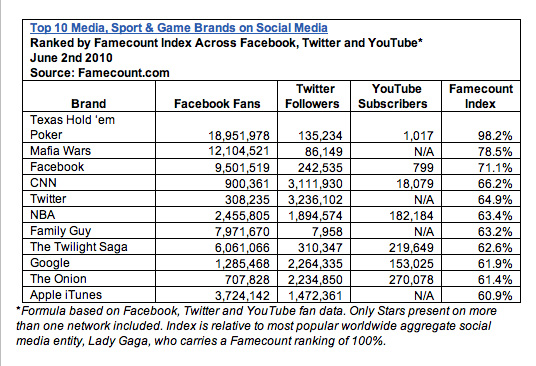