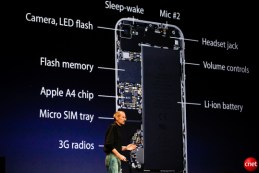 America’s International Trade Commission has announced that it will formally investigate HTC’s allegations that Apple has infringed upon its mobile phone technology.

A Reuters report says the ITC’s statement was brief, mentioning only “certain portable devices and related software,” but that HTC has asked for a ban on importing Apple’s iPhone products.

Initially, Apple had filed patent infringement claims against HTC in March. Observers believe Apple’s real target was Google, which sells the HTC-made Nexus One phone and backs the Android operating system used by several HTC phones as well as Motorola and Samsung.

Apple is separately involved in a battle of opposing ITC complaints with Nokia. Earlier this week, Motorola and Research in Motion settled their own similar fight with a licensing agreement.