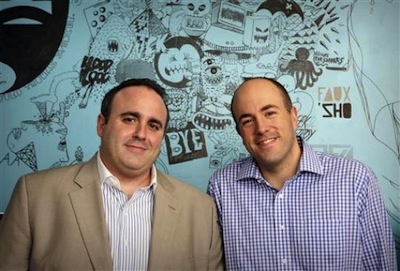 MySpace just confirmed that Jason Hirschhorn is leaving his position as the site’s co-president.

Hirschhorn (pictured left) joined MySpace in April 2009 as its chief product officer, and he has been running the social network with co-president Mike Jones (right) since chief executive Owen Van Natta stepped down in February. At the time, the company said the unwieldy arrangement was its management structure going forward.

Now it looks like Jones has solo responsibility for turning MySpace around. The news was first reported in TechCrunch, then MySpace confirmed it, saying that Hirschhorn wanted to leave Los Angeles, where MySpace is based, and return to New York.

We fully respect Jason’s decision to leave and his personal desire to return to New York. As many people know, Jason is like family to me, and as expected, he’s done everything we asked of him and more. We’re incredibly grateful for the passion and enthusiasm he brought to the company. And as I know Jason agrees, Mike Jones has done an outstanding job leading MySpace into its next evolution and is the right person to take the reins. There are no plans to bring in additional management.