Editor's note: Booth babes. Love them or hate them, they were out in abundance at this year's E3. Daniel offers a bold new take on what to do with booth babes — and it starts by turning our gaze inward. -Brett 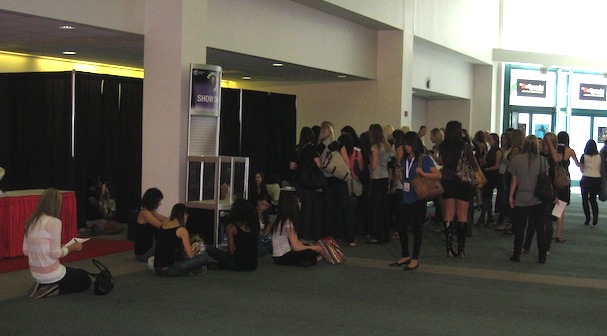 The Electronic Entertainment Expo (E3 for you brevity fans) is a media blitz for the video game industry to showcase its latest and shiniest toys. Yet while the games change every year, one part of the expo remains the same: hot girls passing out free stuff to attendees.

Booth babe stories coming out of E3 are never good. At best, a booth babe story consists of a series of leering photos posted under the guise of "gaming news." At worst, it’s a report of publishers or journalists deliberately disrespecting the models.

What confuses me about this whole mess is how people condemn the women for the problems that surround their presence. There seems to be a prevailing notion that having women hanging around these booths creates a problem. The Penny Arcade Expo has in previous years banned the practice of hiring models solely as eye candy. The prevailing thought among booth babe critics would solve the dilemma of misogyny by removing women from the picture completely.

Let’s accept as a given that financial opportunities exist for attractive women (and men) based solely on their looks. Some of these opportunities are illegal, some of them are demeaning, some are relatively harmless. Looking at the grand scheme of things, wearing a silly costume for a few days in Los Angeles is one of the tamer ways to make money being beautiful.

With this in mind, I feel that any attempt to block or prevent attractive people from capitalizing on their looks to be an unjust infringement of their rights as people. Pulchritude is not merely a gift; even if one is born with the right genetic trappings, it takes hard work to maintain. As it so happens, attractive people flock to cities like Los Angeles with the hopes of finding success. They made a choice, not only in cultivating their physical appearance but living in an environment where their appearance is highly valued.

In that regard, it’s not much different than my decision to move to Japan. I am a native English speaker by birth, not by choice, but not every native speaker is qualified to instruct children. I chose to go to college and work hard towards the goal of living in a country where my language skills are a profitable commodity.

Speaking of Japan, this is a country where so-called "image models" pop up everywhere. Railways, soft drinks, even government agencies hire good-looking people to represent them. I can’t go to the mall or a department store without running into at least two or three cute girls in logo-emblazoned outfits hocking mobile phones, perfume, or whatever. And let’s not even get into maid cafes or the subculture that surrounds "cuteness" in Japan. 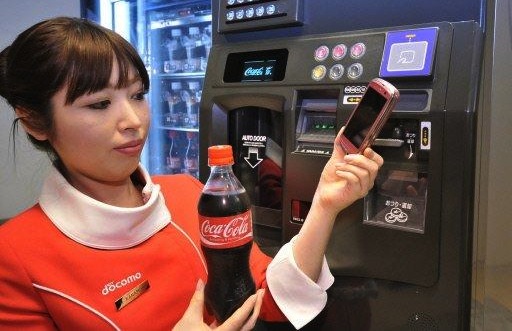 So who has the right to tell a woman she cannot dress up and serve tea on weekends in Akihabara? Or to smile for the cameras while holding a new handheld gaming console? Not me, not you, not anybody.

If scantily-clad booth babes at E3 or similar events creep you out, you’re not alone. If watching videos like this make your skin crawl, you’re not alone. But if your solution is to get rid of the women, you’re only punishing them, and that’s not fair.

Rather, the answer is include more women at E3. Sooner or later gamers are going to have to learn to control themselves around women in public. If E3 was staffed almost entirely by women, perhaps the male attendees would get over their "lol GIRLZ" attitude and grow up just a bit. And with women everywhere, perhaps lecherous photographers would shrug their shoulders and focus their lenses on the products on display.

If that idea is too radical, let’s start smaller: rescind E3 access from those attendees who demonstrate a fundamental inability to treat models like human beings. That goes for models’ employers as well. It’s time someone was held responsible for shoddy treatment of women at gaming events — and that someone isn’t the girl waving to the camera.

Daniel Feit was born in New York but now lives in Japan, where he teaches English to Japanese children and writes for Wired Game|Life and Film Junk. Follow him on Twitter @feitclub or visit his website, feitclub.com.