When my company Transpond added support for Nokia smartphones, we were excited that we would be able to deliver Flash videos in apps deployed to Nokia handsets. Instead, we were shocked to learn that there were no Flash video players that worked on the devices, even though the handsets supposedly supported Flash. We talked with Nokia. They couldn’t find one. Then we called our friends at Adobe. The only one they could recommend was JW Player, which didn’t work on Nokia’s Flash-enabled phones. Between Nokia and Adobe, we could not get a way to play Flash Video (FLV) files on a Nokia/Symbian handset.

Flash Lite is not Flash

We discovered Adobe’s dirty secret: When Apple and Adobe went to war over Flash, Adobe executives asserted that 80 percent of videos on the Web are viewed in Flash. But virtually no online videos other than YouTube are viewable on shipping, Flash-enabled mobile device since they use a limited version of Flash called Flash Lite. And since most mobile devices include a native YouTube player, they didn’t need Flash to play YouTube. In essence, no one was watching any Flash videos on any smartphone. Adobe’s entire Apple gambit about Flash video was a PR ploy.

When SmartphoneMag.com tested playing Flash videos on Flash Lite 3 devices, they found that they could not watch video on many popular Flash video sites including Atom.com, blip.tv, Break.com, imeem, Metacafe, and Vimeo. The reason for this is that the latest version of Flash Lite only supports a subset of the four-year-old Flash 8, which has since been replaced by Flash 9 and then Flash 10. 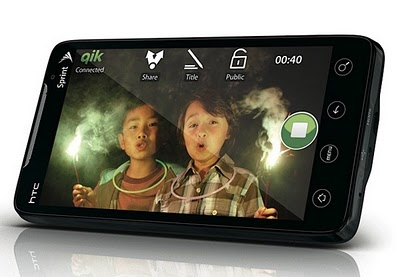 Most websites and Flash video players are implemented with Flash 9 or Flash 10 and will not run an Flash 8. It is like trying to run a Mac OS X application on an old PowerBook. The reason the mobile version of Flash was so limited was that mobile devices did not have to the processing power to handle the full, modern version of Flash.

Adobe is now shipping the full Flash 10.1 for Android with the introduction of new, more powerful Android devices such as the HTC Evo 4G and Motorola Droid X that employ the powerful Snapdragon 1-Ghz processor. Now that smartphones have much more processing power, Android 2.2 will run the same Flash that runs on a PC, and will therefore run all of the Flash content on the Web.

As always, there are some exceptions: Flash developers are obsessed with “hover” events that only work when a mouse hovers over an element. That does not work on a mobile device where a user can’t hover, and many Flash implementations are not built to resize themselves to a screen’s limit and target 1024×768-sized screens, which will require a lot of scrolling by the user.

For most apps, Flash sucks

Flash on mobile devices does in fact suck, even on devices with the new, more powerful processors. Loading a massive Flash site on a PC is bad enough. Blinking Flash ads suck up a ton of processor power that is better used to render a Web page’s content. For most non-game mobile apps, and even regular websites, both developers and users are much better off with HTML5, as evidenced by the slew of HTML5 announcements from even the staunchest former Flash supporters. If an app is going to be very sophisticated and interact extensively with features like the phone’s camera, a handcoded, native app for each target platform is the ideal solution.

Flash games will actually be a differentiator

However, in the gaming segment, Flash support on mobile devices will prove to be very useful. There are a ton of existing Flash games that will never get ported to the iPhone/iPad, and many Flash game developers will continue to produce fun Flash games, since they do not have the skillset or inclination to learn how to program in the iPhone’s complicated Objective C language.

And video’s not a lost cause for Adobe, either. It will take quite some time for all of the video players on the Web to get upgraded to HTML5.

Now that the Flash on new smartphones will be the real Flash rather than Flash Lite, devices that support Flash will have quite an edge over Apple when it comes to games and video. Support for more apps and video really didn’t matter when competitor’s phones weren’t competitive with the iPhone, but Android devices are gaining market share against Apple’s iPhone, and the new generation of Android devices such as the HTC EVO 4G are arguably just as good if not better than an iPhone. Flash support will actually be a differentiator, particularly in the lucrative 15-35 male market that is very game- and video-focused.

Despite all of the recent acrimony, Apple may very well reverse course once it ships more powerful iPhones that can support full Flash. Apple has a long history of emphatically stating that it will not support something and then changing its mind. Remember when Jobs dissed the notion of a video iPod? Steve Jobs’s rants against Intel went far beyond his recent Adobe vitriol, and soon after Macs switched from PowerPCs to Intel processors.

Peter Yared is the founder and CEO at Transpond, a developer of mobile social apps. Peter has 15 years of experience helping companies adapt new technology platforms and was most recently the founder and CEO at ActiveGrid, a commercial open source company delivering the LAMP stack to the enterprise. Previously, he was CTO of Sun Microsystems’ Liberty Network Identity initiative. Peter was also CTO of Sun Microsystems’ Application Server Division. Before its acquisition by Sun, Peter served as CTO of NetDynamics, which pioneered the then-leading J2EE application server. Earlier, he was founder and CEO of JRad Technologies, an enterprise Java company acquired by NetDynamics.