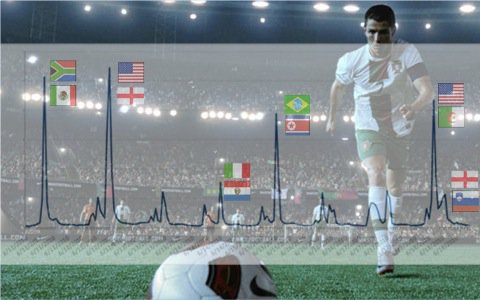 Twitter reached a new record in tweets-per-second (jokingly dubbed ‘TPS’ in a riff on the movie “Office Space”) during the Japan-Denmark game. The company saw 3,283 tweets sent per second, just above the record set earlier this month when the Los Angeles Lakers beat the Boston Celtics to win the NBA championship.

Likewise, Facebook has seen activity peak during games and goals, as pictured here. During the England-U.S.A. game, about 30 percent of all status updates posted to Facebook had a World Cup-related word (pictured below). The most popular player mentioned on Facebook was Portuguese soccer superstar Cristiano Ronaldo. About half as many Facebook status updates mentioned English footballer Wayne Rooney.

The World Cup has also been a boon to advertisers on both social networks. A Coca-Cola campaign congratulating the U.S. and English teams for advancing in the tournament saw more than 85 million ad impressions on Twitter, while a Nike video campaign on Facebook got 5.6 million playbacks in its first 24 hours on Facebook, driving 6 million new followers to the company’s campaign, according to Joanna Shields, who leads the social network’s European sales operations. 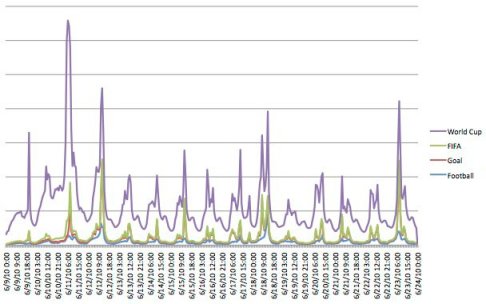 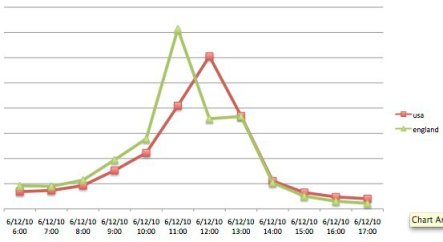