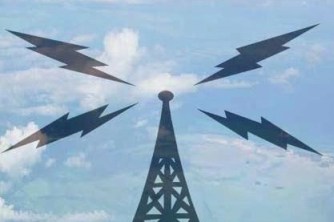 A big chunk of the new wireless broadband spectrum that President Obama wants to make available in the next five years would come from television broadcasters, who will be asked to give up radio spectrum slots for which they have fought and paid so that wireless data carriers can use them mostly for mobile Internet access instead.

The proposal would nearly double the available amount of bandwidth for wireless broadband, from today’s 547 megahertz to about 1,000 megahertz. (Don’t confuse these megahertz of bandwidth, which counts the amount of the radio dial allocated to Internet access, with the megabits used to measure throughput speed of a connection. “Bandwidth” is a popular misnomer for connection speed rather than actual wireless radio band width.)

Obama’s Presidential memorandum issued today, “Unleashing the Wireless Broadband Revolution,” could just as well be called, “Taking Back Lots of Wireless Spectrum Assignments.” Obama’s proposal is based on the FCC’s National Broadband Plan, a wonky but pragmatic proposal to reassign 300 megahertz’ worth of bandwidth between now and 2015.

The Obama administration wants to make a full 500 megahertz of bandwidth available for auction to companies that would use it for wireless broadband data connections for consumers and possibly first-responder networks. About 120 megahertz would come from broadcast TV. Administration officials told The New York Times that around 45 percent, or 225 megahertz, would come from various government spectrum blocks that are used lightly or not at all.

The FCC’s plan comes with a footnote: “Timing and quantity depends on Congressional action to grant incentive auction authority as well as voluntary participation of broadcasters in an auction.” Broadcasters, represented by the National Association of Broadcasters, may not be too voluntary about participating. They’ve complained that the government’s most recent spectrum auctions took parts of the airwaves that had been reclaimed by disabling traditional analog TV broadcasts, and sold these radio frequencies to buyers who are now “warehousing” it, i.e. letting it lie idle rather than developing new consumer services. An NAB spokesman told The New York Times that broadcasters hope “further reclamation of broadcast television spectrum will be completely voluntary.”