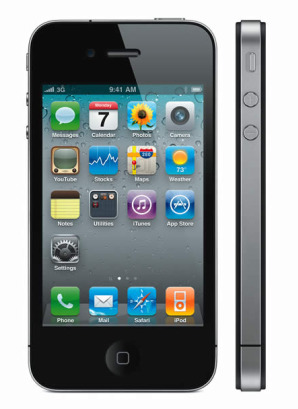 Months before it was officially announced, the iPhone 4 was already the talk of the technology world — although not in the way Apple would have liked. Thanks to the gadget blog Gizmodo — who purchased a lost iPhone 4 prototype and leaked photos, video, and other key details of the device to an eager public — Apple’s traditional veil of secrecy was lifted. Unlike previous iPhone hardware announcements, when Apple CEO Steve Jobs officially announced the device at the Worldwide Developers Conference in June, there was little in the way of surprises.

And yet, that didn’t stop Apple from selling out of its initial 600,000 unit pre-order run in less than 24 hours, or from selling 1.7 million phones in the first three days. Instead, Gizmodo’s iPhone 4 leak (which is still being investigated by authorities) seemed to have built up anticipation for the device even further. That it’s Apple’s biggest upgrade to the iPhone since the device first launched in 2007 certainly helped as well.

But now that it’s here, it’s worth exploring if the iPhone 4 lives up to its impossible hype, as well as how it stacks up against the ever-growing list of smartphone competitors.

The device itself is a striking departure from Apple’s previous iPhone designs. The first-generation iPhone introduced the basic template for a  touchscreen-focused smartphone with its large display, and minimal reliance on buttons. It became thinner and more polished with the 3G and 3G S models, which dropped the brushed aluminum back of the first-gen model in favor of plastic. This time around, Apple decided to make the device completely flat – which allows for less wasted space for internal components compared to the previous curved design. The screen is also the same 3.5-inch size as earlier models — Apple clearly isn’t giving much notice to larger Android competitors like the HTC Evo 4G, which has a 4.3-inch display.

Internally, it sports a much faster processor than previous models (it runs the Apple A4 chip, which also powers the iPad), and a whopping 512MB of RAM (twice that of the 3G S and iPad). The increased processing power and memory should make the iPhone 4 better suited to multitasking (introduced in Apple’s new iOS4 operating system), running heavy-duty games, and for creating high-definition content. The device’s 5-megapixel camera can also record 720p HD video, which users can easily edit with Apple’s new iMovie app ($4.99 on the iTunes Store). A 5-megapixel camera may seem low when other smartphones sport 8-megapixel shooters, but it’s important to note that higher megapixels don’t necessarily mean higher quality. A comparison test run by Macworld found that the iPhone 4 beat out many other smartphones when it comes strictly to picture quality.

It also includes a lower-quality front-facing camera that allows users to make video calls using Apple’s FaceTme technology. Apple plans to grant third-party developers access to the front-facing camera as well, so we can expect updated Skype and Qik applications for video chatting as well. I’ve written previously that iPhone 4’s integration of mobile video conferencing will spur on a wave of innovation in the mobile video chat arena, and after using FaceTime over the past few days, it may even be a bigger step towards the future than I originally thought.

Other phones have had front-facing cameras for video chatting, but it’s never been as easy to use as Apple’s FaceTime. Instead of signing up for an account with some third-party video chat service, making a FaceTime call is as easy as making an ordinary phone call. Assuming you’re connected to Wi-Fi, you can simply hit the “FaceTime” button during a call to send along a video chat request.

Unfortunately, Apple’s trademark ease-of-use is limited by FaceTime’s Wi-Fi restriction — it doesn’t work at all over cellular 3G networks. In America, this is likely due to AT&T’s inability to handle typical voice and data iPhone usage on its mobile network. The restriction won’t last forever, but it does hamper the wonder of an otherwise amazing step in mobile video chat. Earlier this year, AT&T dropped VoIP restrictions for the iPhone that previously prevented users from running apps like Skype over 3G. That opened the door for video streaming services like Ustream and Qik to support 3G streaming on their apps — so it’s not as if streaming iPhone video is a new thing.

One of the biggest hardware changes in the iPhone 4 is also one of the most subtle. Even though it sports the same 3.5-inch screen as before, Apple upgraded its  resolution to 960 by 640. Apple calls its new screen a Retina Display because it’s higher than the resolution of the human retina. Marketing spin or not (here’s a retinal scientist’s take on the display), it’s by far the sharpest screen I’ve seen on a mobile device, and it more than makes up for the lack of a size increase.

It’s interesting though that Apple didn’t attempt to upgrade the iPhone 4’s screen  size at all. Since the release of the iPhone 3G S a year ago, Google’s Android platform has found its second wind and is lapping up mobile market share with powerful anti-iPhone “superphones” (very fast and feature rich smartphones) like the HTC Evo 4G, and Google’s own Nexus One. Samsung, long absent from being a serious contender in the high-end smartphone arena, is planning its own Galaxy S line of Android superphones across all U.S. carriers in the coming months. Microsoft has its Windows Phone 7 line of smartphones coming later this year, and there’s no telling yet what HP intends to do with its recent purchase of Palm.

But despite the influx of competitors, Apple remained remarkably focused with the iPhone 4, and once again ended up producing one of the best smartphones on the market. It may not be as large or as fully-featured as some competing Android phones, but it’s by far the most polished — both in terms of hardware and software. iOS4 adds some much-needed features to the platform — including multitasking, folders, and email threading — and it also offers the most mature mobile platform out there for developers.

The iPhone’s Achilles heel in America continues to be AT&T’s network. Despite an improved antenna (which is also at the heart of a widely-reported reception issue), iPhone 4 still drops calls as if it’s allergic to them. Since I’m based in New York, I’m already used to AT&T’s network being completely unreliable, and I honestly do see less dropped calls with the iPhone 4. Yet it still happens far more often than it should, and it makes me wonder what exactly I’m paying AT&T for. Hopefully AT&T’s service will improve as HSPA and 4G network upgrades roll out. There are already reports of improved cellular data speeds for iPhone 4 users in markets upgraded for HSPA — a faster version of 3G technology.

Overall, the iPhone 4 isn’t a revolutionary change for Apple, but the speed upgrades, design revamp, and addition of video conferencing will allow it to compete with modern Android smartphones for some time. While its competitors have focused on bigger screens and higher megapixel cameras, Apple focused on screen fidelity and improved picture quality. In the end, Apple proves with the iPhone 4 why, in many cases, polish matters even more than higher technical specifications.