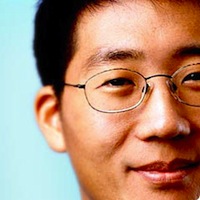 Chris Yeh is an angel investor and the vice president of marketing at collaboration company PBworks. This column was originally published on his blog.

The investing socialsphere has been all a-Twitter ever since Paul Kedrosky predicted an upcoming super-seed crash.

The result has been a series of opinion pieces, both for and against, that tackle various aspects of the issue — whether super angels are a fad, if there is a seed bubble (I’m on record as saying that there is), what this means for entrepreneurs …

What’s missing is a guide to the underlying assumptions behind these various positions. That’s what I’m going to lay out in this blog post.

For the sake of argument, I’ll simplify both the two positions, which I’m calling Super Angel and VC Revenge.

Let’s examine the assumptions required for each assertion to be true:

“Companies are much more capital efficient.”
True, but …

It definitely costs less to start a company. Back in 1999, when I started my first company, I had to pay $20,000 per month for a datacenter. Now I could probably get 10X the capacity from Amazon for $20 per month. For those keeping track at home, that’s a four orders of magnitude reduction.

However, that efficiency only applies pre-salary; once you start to pay people, the costs really aren’t that much lower. And if you’re building a full-scale business, you’re going to need people. Craiglist is a remarkable exception, not the rule.

“As a result, you can make money on smaller exits.”
True, if …

You can make money on smaller exits, provided you sell early, before you start to incur those major people costs. Think of all the successful small exists that have occurred, like MyBlogLog. They made money for investors because a $20 million exit is highly profitable if you’ve only invested $500,000.

But the number of companies that took in less than $1 million in funding and cashed out for more than $20 million is vanishingly small (anyone want to provide an example?). And a $20 million exit returns at most $4-5 million to investors. It takes a lot of $20 million sales to support an industry (more on that later).

“VCs funds don’t make good seed investors because of the signaling issue (e.g. if they pass on your Series A, why would anyone else fund you)”
True

Yep, chalk this one up for the angels. And if you’re an entrepreneur and you think $250,000 will get you to profitability, you probably deserve your fate for being naive.

“Besides which, angels can do more for early stage startups than VCs.”
Increasingly false

I’ve heard folks slam VCs because they sit on 10-12 boards, and are spread too thin to help their companies. So how can we turn around and ignore the fact that there are a number of angels who will do that many deals in a single quarter?

Even if angels are willing to work harder (and from my first-hand observation of friends like Jeff Clavier and Dave McClure, that assertion is 110% true), can they really be an order of magnitude more productive on a unit time basis than a VC?

Super Angel Summary:
The super angel arguments hold try if you start a capital-efficient company and sell out before you need to get too big or pay a bunch of salaries. And if you’re looking for a seed stage investment, angels are a better bet than VCs for signaling reasons. But don’t bet on those angels being appreciably more available to you than an equivalent VC.

“Because it’s so cheap to start companies, everyone is doing it.”
True

“The success rate on these seed stage companies is going to be very low.”
Depends on how you define success …

If you define success as $100 million+ exits, this is absolutely true. As far as I know, the only such exit from the super angel world so far is Mint (covered in another post).

If you define success as making investors money and making entrepreneurs into millionaires, the list is far longer.

“Investors make money off home runs, not singles.”
As an asset class, true

In 2009, VC investments exceeded $20 billion, with about 20% of that money going into early stage deals. Some of that was VC, but if we assume that only 25% of that early stage money came from angels, we’re still talking about $1 billion invested.

We’re not seeing anywhere close to that number of exits right now. And that’s just for angel deals.

Assuming that $1 billion is invested at a rate of $500,000 per company, that’s 2,000 investments. Can we realistically expect a 20% hit rate on seed stage investments?

The only way the math can possibly work as an asset class is if you have home runs as well as singles.

This doesn’t preclude there from being a magical angel investor who gets a 50% hit rate on investments, but I think I have a better chance of meeting the Easter Bunny.

“When the going gets tough, you need an investor that can support you through the bad times.”
True, but …

Good VCs will support their companies during bad times. I’ve witnessed it myself at nearly every company I’ve started or worked at because — guess what — pretty much every company goes through tough times, even Google.

I don’t think that super angels have a long enough track record in this area for a final judgment yet. On the other hand, seed stage deals do have an alternate backstop if they don’t raise too much money.

The rise of the HR acquisition (where Google or its ilk acquire a small founding team for $1-2 million per top-flight engineer) gives startups with hardcore technical founders a strong put option in the event that they can’t build a successful business.

VC Revenge Summary:
More companies are getting started than ever before. And unless their success rate (even at the $20 acquisition level) is freakishly high, simply hitting singles will not be enough to generate a good return for the asset class.

Conclusions:
A lot of the super angel assertions hold true, provided you assume that you’ll be able to achieve early exits. But as an asset class, angel investing at the current elevated rate looks like a bad bet unless the number or size of exits improves dramatically.

Angel investors who really are gifted at picking winners should succeed, but those that are essentially index funds are unlikely to generate strong returns unless they have the wherewithal to maintain their position in follow-on rounds…which makes them start to look an awful lot like VCs.

But whether or not you agree with my conclusions, you shouldn’t lost sight of the fact that the super angel phenomenon is a good thing for the rest of the ecosystem. Entrepreneurs have more opportunities to get funding for their companies. VCs have the luxury of picking and choosing from a massive buffet of startups that have been able to operate and grow for 6-18 months on someone else’s money.

And even those entrepreneurs who raise money at “bloated” seed valuations of $3 million rather than $1.5 million won’t have much trouble raising a Series A at an increased valuation; whether you have a $2 million or $4 million post-valuation on your seed round has a major impact on angel returns, but not on your ability to raise a true Series A of $3-5 million.

I welcome further discussion on this topic, and hope that as a community, we can focus on examining the numbers and assumptions behind these arguments.