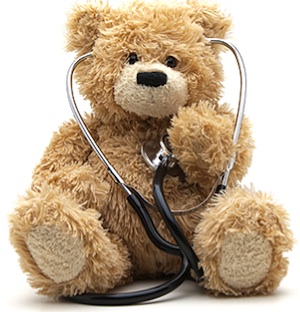 A number of new customer service tools have launched in the last few years, both from startups like GetSatisfaction and UserVoice, and also from larger companies like Salesforce.com. But an Austin-based company called Live Oak 360 thinks there’s room for a new competitor. Today it’s launching a product called BearHug with simple-but-comprehensive tools at a relatively low price.

BearHug includes a number of features. There’s Pulse, which companies can use to send messages (such as outage or maintenance notifications) to customers through multiple methods like email and Twitter. There’s Answers, where customers can post problems and questions, then the companies can select the best answer. There’s FirstRate, where users can offer feedback and ratings on your products. There’s Overheard, for monitoring comments on services like Twitter. BearHug has a free version for one user, then pricing starts at $19 a month.

Chief executive Andy Meadows gave me a demonstration of the product last week, and it does seem to be as simple and lightweight as he claimed. You can see it in action for yourself in the demo video below. BearHug is already in use with some early customers, and Meadows said a lot of the positive response revolves around the fact that companies can customize the look and features of their customer service site, and that they can use the data from BearHug in outside applications. Whether or not that will be enough to distinguish itself in a crowded field remains to be seen.

If you’re still not convinced that there’s an opportunity here, Live Oak also worked with search company 80legs to crawl the existing customer service requests on the Web. (If you’re wondering about the connection — Live Oak and 80legs are represented by the same public relations firm.) They said that 72 percent of topic threads have no resolution. Of those unresolved threads, 44 percent have no employee participation. Of the ones without participation, 96 percent have more than four people reporting the issue. So it seems like there’s room for improvement.

Oh, and if you want an invite to BearHug, use “venturebeat” as your invite code.