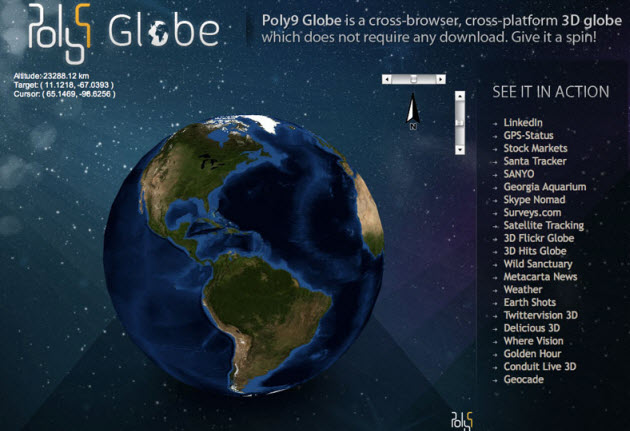 Apple has purchased web-based mapping company Poly9, according to a published report.

If true, it’s clearly a sign that Apple is getting serious about offering a mapping technology to rival Google. Quebec, Canada-based Poly9 creates interactive 3D software for use in a browser. Canadian news site cyberpresse.ca reported that Poly9 has been purchased and the majority of the company’s employees were moved to California. Poly9’s web site no longer works.

Poly9 makes the Poly9 Globe, a cross-browser, cross-platform 3D globe that does not require a download. That’s interesting because 3D often requires a download because of the volume of data involved. Full told, the application for the map with high-resolution U.S. areas is only 303,000 bytes. With that application, you can spin the globe, much like Google Earth, and collect real-time data on the user’s location and altitude.

Apple has not confirmed the purchase. Last year, it acquired Placebase, a competitor to Google Maps.