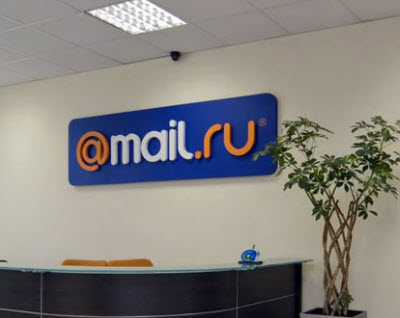 Digital Sky Technologies, the maverick Russian internet company that has invested in both Facebook and Zynga, scored a strategic investor and $388 million in cash as part of a multi-part investment transaction.

Myriad International Holdings, a subsidiary of media company Naspers, is taking a 28.7 percent stake in DST. In return, Capetown, South Africa-based Naspers will give its 39.3 percent stake in Russian email service firm Mail.ru to DST, which will now own 99.9 percent of Mail.ru. On top of that, Naspers is investing $388 million in cash in DST.

On top of that, Mail.ru’s management will convert its shares into DST stakes. On top of owning Mail.ru, which has 50 million email accounts, DST owns a number of massively multiplayer online games and a big social network in Russia. Naspers and DST have co-owned Mail.ru for the past three years.

Yuri Milner, chief executive of DST, said the deal will strengthen the alliance between DST and Naspers. DST has scored a lot of attention in the west for its big investments in Facebook, Zynga and Groupon. It was founded in 2005. In April, DST raised $300 million from Chinese internet giant Tencent.