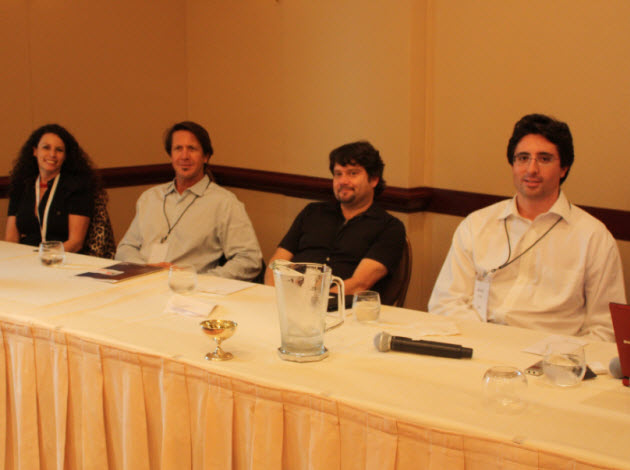 Purchase of virtual goods are starting to take off on the iPhone and game startups are starting to prosper from the added revenue,  according to data from mobile analytics firm Flurry. For game developers, that means that the iPhone is finally living up to its potential as a revenue generator for third-party app creators.

Apple turned on the in-app purchase feature for the iPhone last fall. That enabled game developers to embrace the same “free to play” business model that has made companies such as Zynga so successful on Facebook. In that model, companies offer their games for free, but they charge real money for virtual goods such as better weapons or online multiplayer play. The in-app purchase feature allows gamers to purchase their goods without leaving their games at all.

The results are surprisingly good. In January, Flurry said that the games that it tracked generated revenue of $9 per user per year, on average. In June, that number had risen to $14.66 per user per year. Previously, these games were generating around 99 cents to $1.99 per user per year. The data was measured across 21 iPhone game makers. The in-app purchase numbers are really high. They may reflect the fact that the people purchasing the iPhone now are early adopters and are likely to spend much more money than most users. Over time, the number might naturally go down; but for now, it is rising as the number of iPhones in the market increases.

The virtual goods revenue does not include revenue from ads, which is expected to increase as Apple activates its iAds advertising feature for the fourth version of the iPhone operating system, dubbed iOS. Users are now getting used to the new business model, which is like putting quarters into arcade machines.

“The free-to-play business is starting to emerge,” said Simon Khalef, chief executive of Flurry. “There are not a lot of companies that have broken the code for making money on the iPhone. “We never saw anyone crack the code for a real business model. Now it’s a geiser of money. You can build companies around this business model.”

Given all of this progress, the issues related to the iPhone 4 couldn’t be happening at a worse time. If Apple is forced to recall the product, the platform could lose momentum, allowing others to catch up a little, and that will hurt the entire app community. But if Apple gets past this problem, the developers could breathe a sigh of relief.

Simon Jeffery, chief publishing officer at Ngmoco (pictured, third from left), spoke on the mobile games panel at our MobileBeat 2010 conference this week. He confirmed that his company has prospered ever since it switched to free-to-play games. San Francisco-based Ngmoco does not disclose its revenues as a private company. But its fortunes looked so good that it managed to raise $25 million from Kleiner Perkins Caufield & Byers, Norwest Venture Parters and Maples Investments in February.

Randy Breen, chief executive of SGN (pictured, second from left), an iPhone game maker in Palo Alto, Calif., echoed Jeffery’s comments, saying his company has made more money from free-to-play transactions for its F.A.S.T. flight simulator game than it did by selling the app outright.

“We’re running the game as a service and making more money that way,” Breen said.

Back when selling an iPhone app was the only option to make money, SGN’s move away from Facebook to the iPhone was viewed as a bad strategy, at least compared to Zynga’s decision to focus on Facebook games. But now, with 4 billion apps sold and an estimated 100 million iOS devices sold, and now with virtual goods models taking off on the iPhone, SGN’s bet isn’t looking so silly.

Apps that are sold for a flat fee of 99 cents to $4.99 don’t have much ability to generate ongoing sales. They tend to rise to the top of the App Store and then get buried among the 41,000 games available there. Advertising costs anywhere from 75 cents to $2 per user, but that doesn’t work if the revenues per user are so small, Khalef said.

With the higher per user revenue figures, more developers are creating sustainable businesses just as Playdom, Zynga and EA Playfish are on Facebook. On Facebook, companies are generating around $2.50 per user per year, but the raw numbers are so large that the revenues are as well. Khalef and others who attended our conference that the Android app business isn’t generating the same kind of revenue; over time, if Google fixes problems such as a high-friction Android Market and adds in-app purchases, Android developers could see the same kind of revenues, Khalef said.

Our panelists argued that the big advantage of Facebook — its social nature and the ability for apps and games to spread naturally through a network of friends — is going to happen on the iPhone and other mobile phones. Through the aid of social platforms such as Aurora Feint and Apple’s upcoming Game Center, games will spread through friend recommendations, not just by looking at the top 100 charts in the App Store, Breen said. That will allow a game to spread not only to game players, but to non-gamers as well.

Niccolo de Masi, chief executive of Glu Mobile (pictured, far right), said that his company is shifting more resources to smart phones as well. About 9 percent of his company’s revenues are from smartphones now, with the rest coming from feature phones.

Jen Herman, (pictured, at left), director of FarmVille Mobile at Zynga, said that her company returned to the iPhone game market after a hiatus of about a year because its users on Facebook were on the device and the potential is very interesting on mobile, given the fact that consumers have the device with them all of the time.

“We are diving in deeper into the iPhone and other mobile platforms going forward,” Herman said.

At some point, if the mobile game platform owners allow it, cross-platform mobile games will boost the market even further, Breen said. De Masi said he was skeptical that companies such as Google and Apple will cooperate on allowing cross-platform game play, but at least it will become easier for developers to make cross-platform games as most phones become smartphones. 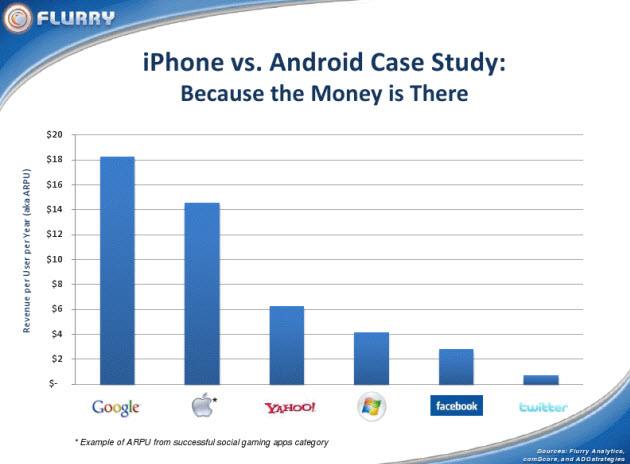