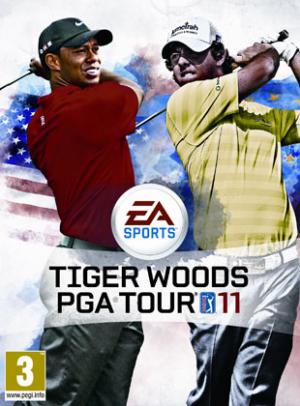 Sales of Tiger Woods PGA Tour video games plummeted this year, with the game selling only 32 percent of the total that it sold in its inaugural month compared to a year ago.

The results apparently show that reputation matters in all sorts of businesses, including video games, and that gamers aren’t necessarily blindly devoted to buying certain kinds of games year in and year out.

Market researcher NPD Group reported today that sales during June for Electronic Arts’ Tiger Woods PGA Tour 11 game were weak, at least when compared to strong sales of the game during its introductory month a year ago. What a difference a year makes. Sales of the Tiger Woods game have been perennial big sellers in the sports video game market. But Woods’ well-documented personal turmoil evidently took a toll on game sales.

Tiger Woods was lucky in that EA chose to stick with him as the title athlete of its video game while other sponsors dropped Woods because of the controversy around his extra-marital affairs. But so far, EA has not been rewarded for its loyalty.

Rob Semsey, a spokesman for EA, said a number of factors have contributed to the drop in sales. But he said that the largest factor is the slowing of the overall Wii game market, as well as Tiger Woods’ performance on the course. Perhaps Woods can dig himself out of this hole as he makes his comeback in the sport.