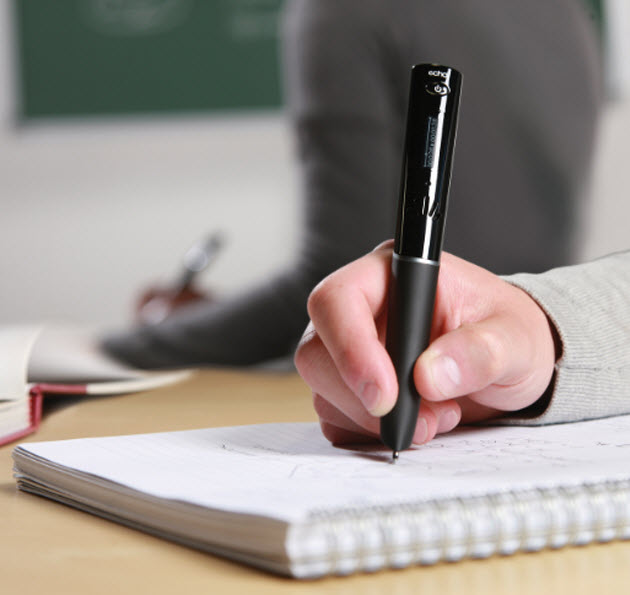 Livescribe has popularized the art of putting a computer in a pen, and today it’s launching its new “smartpen,” the Echo. The pen is targeted at serious note takers, business professionals and students. 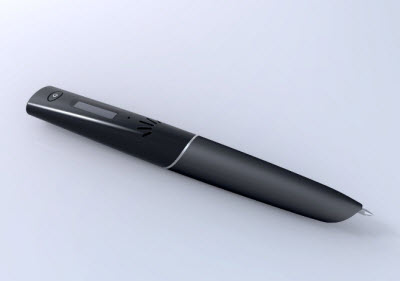 This device has a number of improvements over the company’s previous Pulse smartpen, which sold more than 400,000 units and introduced the idea of packing lots of cool technology and uses into what would otherwise be an ordinary ballpoint pen.

Byron Connell, vice president of marketing, says the whole point is to make organizing, sharing, and recalling written notes easier. If you write with the smartpen on paper while you’re listening to a lecture, and then you tap on the written notes, the smartpen will replay its audio recording of whatever the speaker was saying at the time you wrote the words.

The Echo pen has an ergonomic design. It is flat on one side, unlike the previous model, so that it doesn’t roll away. It has a standard micro-universal serial bus (USB) connector and a 3.5 millimeter audio jack so that you can connect your favorite ear buds to the pen and share common USB cables with other mobile devices. 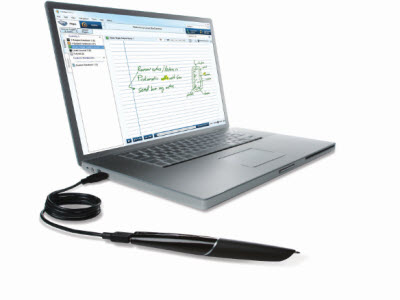 The Oakland, Calif.-based company is also introducing a new feature called Launch Line with this new pen. If you underline a word and then associate that word with an app, you can launch that app in the future by tapping on the line. The pen also has a password on it now so that your data remains private, and you can put your name on the display, making it easier for someone to return a pen to you if you lose it.

Now the smartpen software is integrated with Adobe PDF document software. There are more than 60 apps in the Livescribe Beta Application Store. That includes the 120,000 word American Heritage Desk Dictionary. You can share your audio files, known as pencasts, and other Livescribe data with anyone who has the Livescribe Desktop software, which can be downloaded for free. To date, users have uploaded more than 500,000 pencasts.

With Livescribe’s Paper Tablet software, users can write with the pen while it is connected to a computer so that images they write on paper appear on the screen. That’s a great tool for artists who want to create an image on a computer but feel more comfortable drawing on paper. The Paper Tablet essentially transforms a laptop-connected Livescribe pen into a graphics tablet. You can share these written notes from the Paper Tablet in real time with someone else using the same software, via a web connection.

The older Pulse smartpen now sells for $129.95. A 4-gigabyte version, which stores 400 hours of audio, is $169.95. And an 8-gigabyte version sells for $199.95. This fall, Livescribe will make available its Connect software, which lets customers send notes, audio, and Pencast PDF files to email addresses. The data is sent automatically after you dock your smartpen with your web-connected computer.

The smartpens and desktop software are available on Macs and PCs in English, French, Italian, German and Spanish. On Windows, they are also available in Korean and Chinese. The pens and apps will be sold at Best Buy, while the pens and their accessories will be at Best Buy, Amazon.com, Apple stores, Stable, Target and at Livescribe.com. Livescribe was founded in 2007 and now has 70 employees.

Here’s the video where Connell describes the new smartpen: