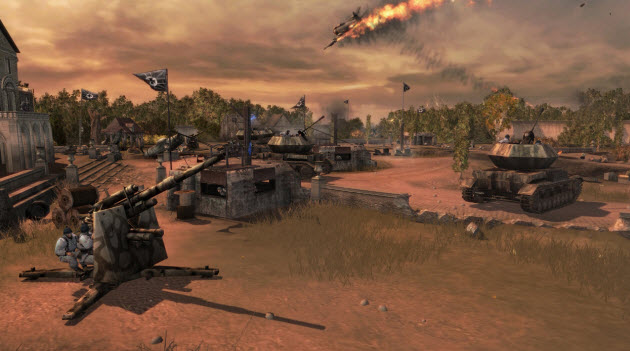 Virtual goods company Live Gamer is announcing today that video game publisher THQ will use its virtual goods and micro-transaction platform for free-to-play online games such as Company of Heroes Online.

The deal by itself isn’t a huge one. But it shows that major American video game publishers are now embracing the virtual goods business model, where games are offered for free and players pay real money for virtual goods such as better weapons. Publicly traded THQ is one of the biggest U.S. video game companies. 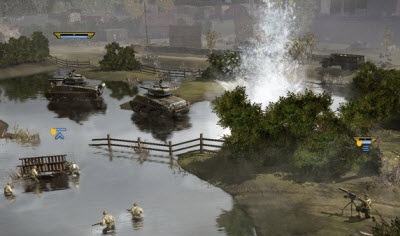 To date, the virtual goods business model has been strongest with online games in Korea and China, where users welcomed the model as a way to get more control over their spending in games. It also took off in games such as Zynga’s FarmVille on Facebook and in online games such as Sony’s Free Realms. But the traditional console game makers such as Electronic Arts, THQ, Activision Blizzard and others have only dipped their toes in the water.

Andrew Schneider, president and co-founder of New York-based Live Gamer, said in an interview that he believes the industry will make a major shift to free-to-play games and that this is just the beginning of a trend that will gain more momentum as the year proceeds. More U.S. game publishing deals are expected soon. 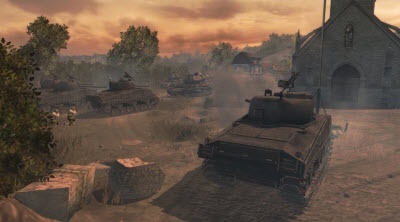 THQ’s Company of Heroes Online will launch as a free-to-play game in the U.S. later this year and will integrate Live Gamer’s Elements platform for making money from virtual goods. THQ will also use Live Gamer in upcoming Facebook games.

Live Gamer was founded in 2007. It added considerable expertise when it acquired Korea’s N-Cash and Twofish last year. DFC Intelligence estimates that virtual goods games will grow to $7 billion in revenue by 2015 worldwide. To date, more than 84 million gamers in 23 countries play games with Live Gamer’s platform. It handles merchandising, promotion codes, recommendations and discount bundles to make sure that gamers get value and publishers get paying customers.Customers include Acclaim, CCR, Funcom, NHN USA, and Sony Online Entertainment. Rivals include Digital River, PlaySpan, and Jambool.

The virtual goods model does have its perils. Game companies should heed the lessons of Asia and make sure they don’t turn users off of micro-transactions by nickel and diming players, Schneider said.

The percentage of players who buy virtual goods in social games is around 1 percent, Schneider said, while the percentage in more elaborate massively multiplayer online games is around 10 percent. Live Gamer’s 90 publishers see an average revenue per paying user of $28 per month. In Japan, that number is $60, while in the U.S., the number is $24 and in South America the number is just $6. Those figures suggest how far each territory has to go in terms of the maturity of the virtual goods market, Schneider said.