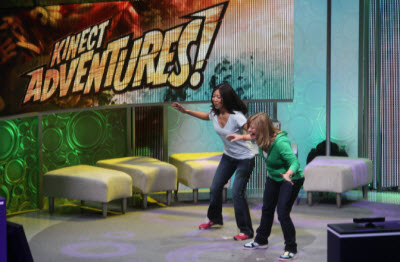 Confirming earlier rumors, Microsoft said today it will start selling its Kinect motion-sensing system for the Xbox 360 on Nov. 4 for $149.

Kinect, revealed at the E3 trade show in June, lets you control a game with your body movements. It has a 3-D motion sensing camera that can capture your movements and translate them into controls for games, movies, and TV shows. The initial games coming for Kinect from Microsoft will be two-player games that will sell for $49 each. The Kinect pricing shows that Microsoft really wants the new accessory to be a big mid-life kicker for Xbox 360 revenues.

In addition, Microsoft said it will launch a new 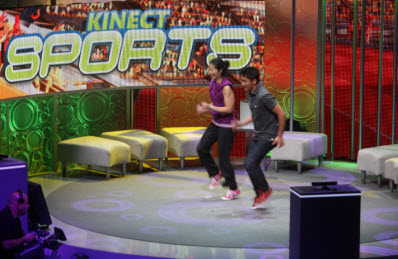 version of its Xbox 360 video game console for budget-conscious consumers starting on Aug. 3. The $199 version of the Xbox 360 with a black matte finish will have four gigabytes of internal flash memory but no hard disk drive.That model also has touch-sensitive buttons and wireless networking based on the 802.11n wireless protocol.

On Nov. 4, Microsoft will start selling this 4-gigabyte Xbox 360 with Kinect and the Kinect Adventures game in a bundle for $299.

Dennis said that the three games Microsoft will make available at retail at the Kinect launch — in addition to the freely bundled Kinect Adventures — will be Kinectimals, Kinect Sports and Kinect Joy Ride, each available for $49.99. MTV Harmonix will also price its Dance Central game for Kinect at $49.99. That’s a significant statement, since games have been priced at $59.99 since the Xbox 360 launched in 2005. Now, with weakness in the market, it’s smarter to price games cheaper. The entire pricing strategy is thus geared to mass market gamers, who are more sensitive to high prices than hardcore gamers. 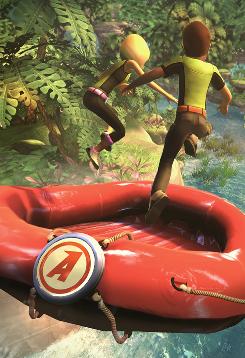 Microsoft decided to bundle Kinect Adventures for free because it has a wide variety of games with broad appeal. There will be 20 mini games in Kinect Adventures, including a game where you use your body to guide a river raft through whitewater rapids. Dennis said Microsoft determined the price after doing testing on how much consumers would pay for Kinect and how much entertainment value is in it. Other publishers and developers will also be able to sell Kinect-enabled games. In addition to playing games, you can use Kinect to make video phone calls via Xbox Live and to browse through your movie queue and interact with a movie by waving your hands in the air or giving voice commands such as “play movie.”

It remains to be seen if gamers will consider Kinect a good value compared to the Nintendo Wii, which sells for $199, and Sony’s upcoming Sony Move motion-sensing controller. The Sony Move controller is bundled with a game, a controller and a camera for $99. Each additional Move controller will cost $49, and a sub-controller for first-person shooter games will sell for $30.

There will be 15 or so games available for Kinect when it goes on sale in North America. Microsoft has already started a promotional tour to show off Kinect in shopping malls around the country. 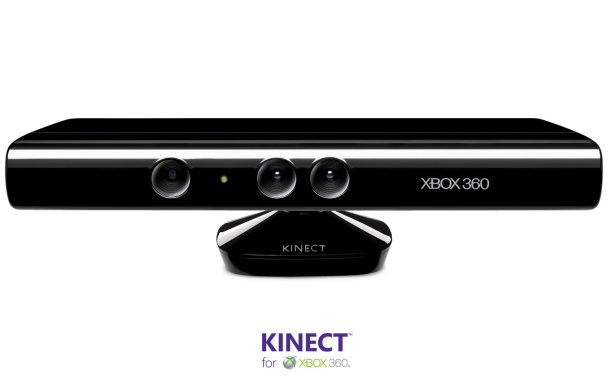