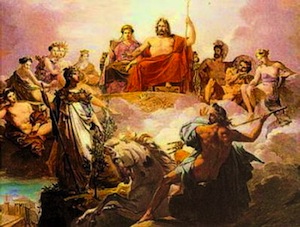 The last time Kleiner and Sequoia teamed up on a deal of this size (larger than $30 million) was more than a decade ago, when they invested in Google, said Jive chief executive Tony Zingale.

With 3,000 customers and more than 15 million users, Jive seems to still be the clear leader in the industry, but Zingale acknowledged that the Portland, Ore. company faces growing competition from established companies and startups. The difference, he said, is that Jive offers the broadest solution, encompassing social networking within your company, community tools for interacting with your customers, and monitoring features to track what people are saying on sites like Twitter.

“Large incumbents like Microsoft and IBM … try to bolt-on social features to transactional, record-based systems,” Zingale said. “Jive is purpose-built. This is all we do.”

Zingale took over as CEO earlier this year, first on an interim basis in February, then more permanently in May. When taking the reins full-time, Zingale told the Wall Street Journal that he’s hoping that Jive can have an initial public offering sometime next year. He told me today that a 2011 IPO is still his goal.

Jive has now raised $57.5 million total. All of its previous funding came from Sequoia, which also participated on the current round.