Joining in on an industry gold rush, Viacom’s Shockwave.com entertainment web site is launching virtual currency for use in the games on its web site.

Dave Williams, senior vice president of the Nickelodeon Kids and Family Games Group (pictured), said in an interview at the Casual Connect game conference in Seattle that the new virtual currency called Shockwave Cash will allow players to buy in-game items and personalize their game experience in Shockwave’s online titles.

The currency is an extension of Nickelodeon’s previously announced virtual goods platform developed for Viacom’s Addicting Games web portal. It’s one more example of a phased rollout of virtual goods across the larger corporation’s game properties. MTV, also part of the Viacom family, announced earlier this month it would get into social games through its acquisition of Social Express. 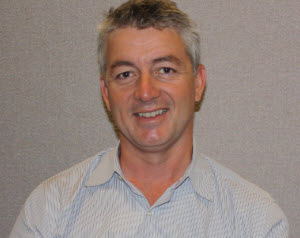 “Virtual goods is becoming a very important source of revenues for the industry,” Williams said.”The older model of selling downloadable games is still important but is in decline.”

The Shockwave virtual goods model will be used in free-to-play games, where players can play for free and then pay real money for virtual goods. The currency will be used with titles including Hungry Hungry Hippy, Let’s Get Grillin’, and Sara’s Super Spa Me. In the long term, Williams said, it would be a good idea to be able to use the virtual currency across all of the company’s online games as well as all of its video properties. There is, however, no announced plan to do that just yet.