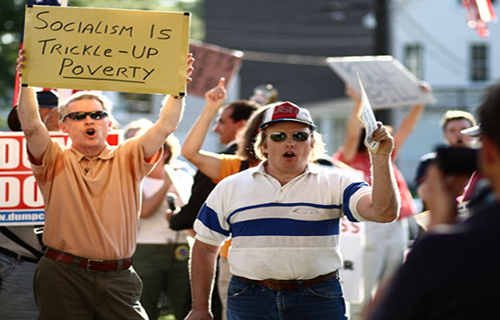 Criticism is very easy. There's a self-righteous power to phrases like the "state of games journalism these days" followed by simple indictments, but it's much more difficult to offer practical solutions to the problems we like to point out as commentators. In order to offer solutions about the state of an industry, however, one needs to understand how that industry works.

I’ve been at my career transition to become a video game journalist for five months,and I’ve spent a great deal of that time networking with working writers in the industry, and learning about the job in extended, informational interviews. I've also been working at an indie site and watching it be constructed from the ground up, and learning how the site owner interacts with publishers, marketers, and PR firms, which has been incredibly informative.

My own perspectives on the video game journalism industry have thus changed markedly in a very short time, and I’m beginning to wonder whether some of the complaints about video games journalism actually don't make a lot of sense in light of the realities as to how this industry fuctions…and to play Devil's Advocate, I'm no longer sure there’s anything actually wrong with the status quo, that maybe some things are as they need to be, because they cannot work any other way.

Ben Paddon is the owner of the website Game Journalists Are Incompetent Fuckwits, a collection of some of the content which Ben considers “fuckwittery” that pops up in the gaming media. I emailed Ben recently to ask a very simple question: I wanted to know what his point was.

I wondered whether he was someone who genuinely believed that the situation can be addressed and fixed, and who points out the nonsense in the hopes that people will recognize and stop reading it, or whether he just has a serious hate-on for certain sites and games writers and how their success speaks to the state of games journalism. The two aren't mutually exclusive, but I only get one of them from GJAIF, and I wondered why.

As precursor to my questions, however, I laid out the fate of a website which tried to provide some solutions to the sort of issues that Ben feels are problems; and I feel that this is a story that anyone who opines on the state of video game journalism has to be able to rattle off at a moment's notice, because it's a very important, cautionary tale.

Crispy Gamer was a website founded in 2008 that attempted to bring mature, serious discussion to video games. Their “Game Trust” collection of freelancers were some of the best in the business. Their site ran for two years, but according to one of the former Game Trust writers I spoke with who wishes to remain anonymous, wasn’t turning a profit. So the owners of the site sold it, and the Game Trust was fired in January of 2010 and replaced by “a student from NYU…who was as green as can be,” in the words of Crispy Gamer’s former Editor in Chief, Scott Jones, who wrote about the experience in issue #205 of GameInformer:

“What killed…Crispy Gamer wasn’t 20-year-old interns. Gamers are always talking about how dissatisfied they are with the lack of maturity in video game journalism. Yet, it seems that whenever a publication or website comes along that purports to offer something more erudite and sophisticated, something more substantial than racy screenshots of the Dead or Alive girls, that publication flies around like a duck with a broken wing for a few painful months before finally dying.”

If a website that set out with the sole intention of improving the state of games journalism collapsed so recently, I wanted to know what made Ben think that we were in an environment in which anything can be done about the problems that he bears witness to?

“I do feel that a lot of the problems in the gaming press are directly linked to the simple fact that it exists not to inform readers, but to turn a profit,” Ben said. “It feels like any information the reader actually gleans from their posts is purely coincidental. It's like splashing hair regrowth tonic on a bald head – you might get a few stray hairs here and there if you're lucky, but that's it.” 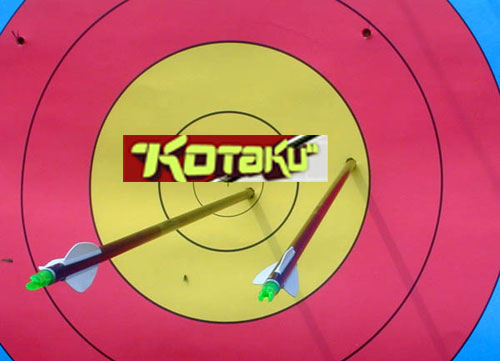 Kotaku is one of Ben’s chief targets. Speaking both for himself and through the words of others whose writing he hosts on GJAIF, Ben reflects on his opinion that it’s problematic for a blog which calls itself “The Gamer’s Guide” to very often host content that has absolutely nothing to do with video games. Kotaku is extremely popular, however. The levels of access they get to industry insiders and ability to break stories is therefore tremendous. How do you argue with the veracity of a winning formula?

“As for the readers… well, they're taking what they can get. It's like eating in McDonalds your whole life without knowing there's a fantastic steakhouse two towns over,” Ben said.

I don’t think that’s entirely accurate, however. Video gamers tend to be very netcentric people. It doesn’t take very much creativity to search for other video game media websites. No one who reads Kotaku is “taking what they can get,” because they can get an awful lot, very easily, and for free. They are choosing to read Kotaku, and to a point, criticizing the site is also criticizing its readers.

“The sad fact is that at the moment the 'right way' isn't really the profitable way,” Ben continued. “It's easy to set up a site that reports news properly, that attempts to inform and entertain while remaining on-topic and not blowing up over minor rumours and hyperbole, but it's not very easy to bring in a readership. Sex sells, which is why [Brian Ashcraft's] posts are the most read posts on Kotaku. Depressing, but true.”

I want to reiterate that these are the views of Ben Paddon, not my own. I don't know whose posts garner the highest web traffic on Kotaku, but whether or not Ben is factually accurate in his assessments, I respect the passion that informs his opinion. GJAIF requires effort to update and maintain. Ben is hiring interns as we speak. The best criticism comes from love, and all media requires a critical lens, and it very often has to come from the outside for practical reasons. 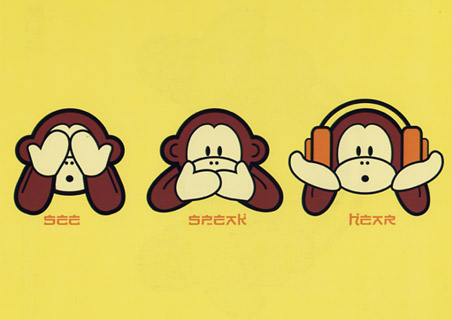 Case in point: I was asking a mentor recently to opine on my appraisals of the various gaming sites, to assess the sort of content they seemed to be interested in such that I could target the appropriate places for article pitches. I was not asking for opinions as to the quality of these sites, or any other judgments. I'm protecting my source, the need for which is containted within the answer I received:

“I'm not going to point fingers and cite names. That's just not a very professional thing to do, especially given how small the industry is. See that guy over there? You'll likely end up either working with him, or someone he knows at some point. Everyone knows everyone, so it's in your best interests to be cordial.”

Direct, raw criticism isn’t the most cordial behavior in the world, so games journalism needs someone like Ben, even if we have to sift through his content, as well, to separate personal tastes from more objectively-valid critiques. Perhaps he’ll find that state of affairs deliciously ironic. It feels as though his issue is really with Kotaku’s audience, not with Kotaku itself, and no one can change the audience. I asked him, therefore, why he bothered to get so worked up over games journalism to the point where he recently pondered giving the site up out of exhaustion and despair?

“As for why I get worked up about it: I'm not a journalist. I'm a reader, and when I look out there into the world of videogame journalism I don't see anything that appeals to me. I don't see any journalism going on that actually reflects my interests. Gaming journalism isn't journalism.”

I think Ben might be right, not as a matter of opinion and criticism, but as a matter of fact. Gaming journalism is not classic journalism for the most part, and perhaps it’s time to stop thinking of the industry by this title altogether. Calling it “the gaming media” might be more appropriate, because “media” is an extremely wide umbrella under which we could cover an awful lot of variety of content…and some of the most popular voices in the gaming media are not actually trained journalists, and very often they say so proudly.

In Part 2 of this series, we will talk about two of the most popular video game writers and commentators by way of looking at trendsetters and what they say about the nature of this industry.

Dennis Scimeca is the Editor in Chief of the English website Game Kudos, and a contributor to Gamer Limit.. If you tweet him @DennisScimeca he may get back to you, but is often distracted by the shiny new toy that is his iPhone.