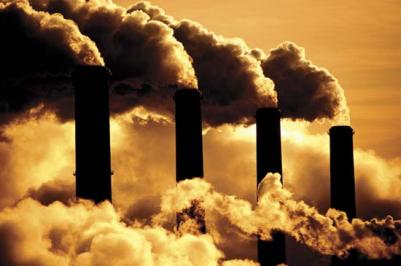 The wide-ranging climate legislation that would have put a price on carbon and establish an emissions cap-and-trade system came to an inglorious end today as Senate Democrats conceded that they simply don’t have enough votes to pass such a bill. This is a big loss for President Barack Obama, who campaigned on the issue.

The bill’s supporters were aiming for a 17 percent decrease in greenhouse gas emissions by 2020. But these figures never gained momentum in the U.S. and failed to impress at last year’s United Nations climate conference in Copenhagen, Denmark, where they were viewed as weak and unambitious.

As a result, the Democrats are putting together a watered-down version of the bill that has a greater chance of winning support. Instead of tackling greenhouse gas emissions, the new legislation would increase potential damages for oil companies following spills and would provide more incentives for the development and purchase of natural gas vehicles and energy efficiency products and services.

Compensating for their failure to pass more stringent regulations (sponsored by Democratic Senators John Kerry and Joe Lieberman with help from Republican Senator Lindsey Graham, who later withdrew his support), the Dems say this new bill will be finalized and passed in the next two weeks.

Republicans had always been strongly opposed to passing an aggressive climate package. The real problem arose when too many Democrats also defected. The major argument against the original bill was that it would raise energy costs in an already limping economy. There was also concern that it would penalize industrial states that depend on fossil fuel sources of energy. Several of the Democrats hailing from these regions decided to cross party lines.

Today’s dissolution of the holistic climate bill, which made its debut in the Senate on May 12, isn’t exactly a surprise, even though a similar package passed in the House of Representatives last June. If it had passed in the Senate, the Obama administration would have officially won on its three top priorities: health care, financial reform and the climate. Republicans weren’t about to let that happen during the lead up to midterm elections in November.

Incidentally, the Chinese government announced today that it will be establishing a carbon cap-and-trade system during the next five years to slash its emissions.