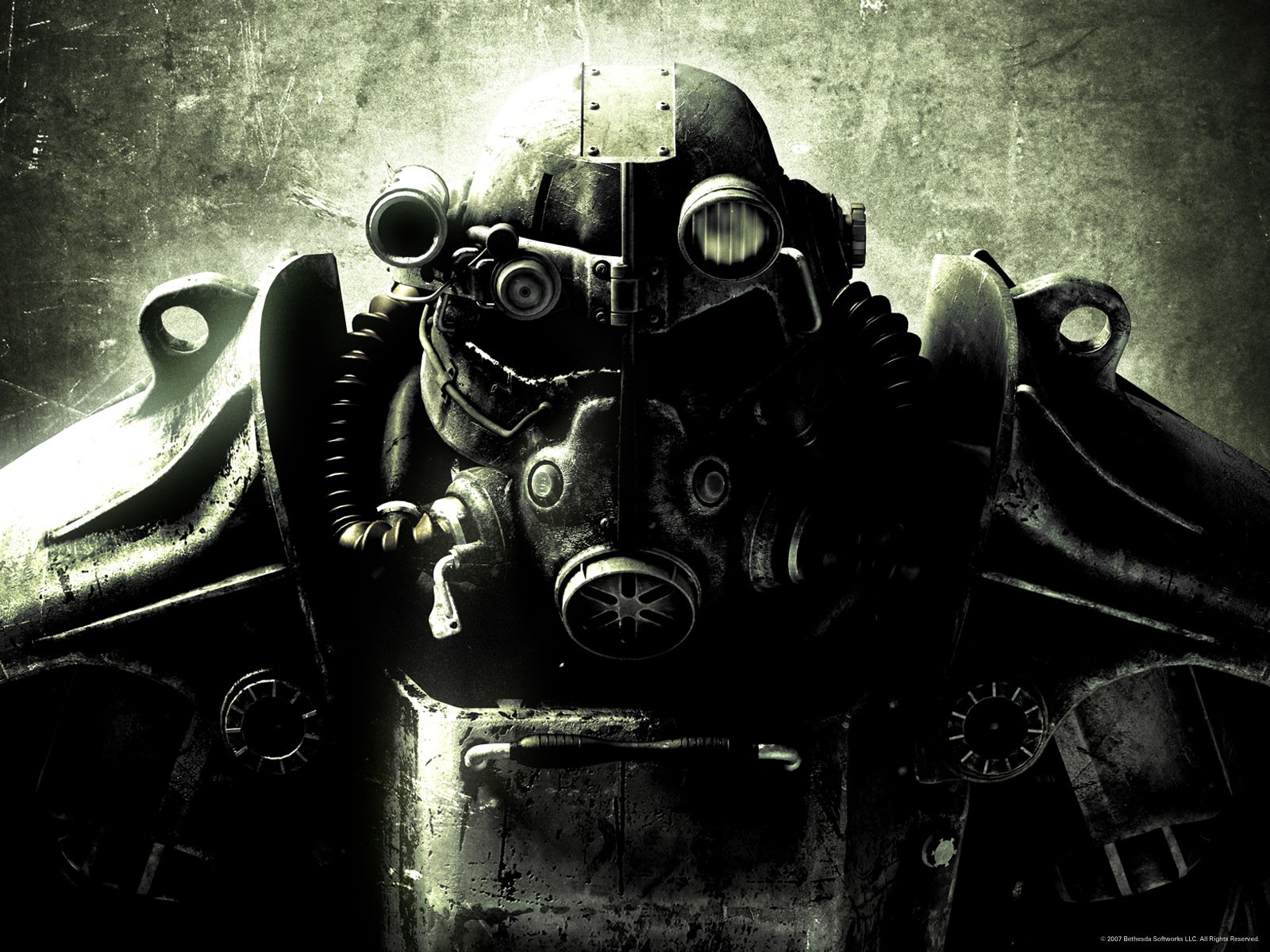 During a time in college when money was limited, and extra time was flowing over like water from a clogged up toilet bowl, I needed a cheap fix.  I had recently expended the resources from a group of cheap games I had purchased, and Halo 3 was getting to be more of a hassle than it was fun.  A friend told me about a game called Fallout 3, he said, "It's the most amazing thing I've ever seen."  With my ears perked and my eyebrows raised, I inquired about its pros and cons over a long evening of folding shirts and pants at my retail job.  After spending many days and nights hunched over my computer looking at screenshots and watching gameplay footage, I decided that I would scrounge up the money and purchase the game.

What I experienced for the next 6 months was mind-blowing.  All of the wasted hours I had previously spent studying were properly shifted over to more important things, like exploding the heads off of feral ghouls.  I literally spent hours walking from location to location just to see what building I could enter next, and to find helpless wastelanders so I could attach exploding collars to their necks.  The radiation was obviously getting to me, and I was wishing that I could somehow work my way behind the glass screen on my TV and enter post-apocalyptia myself.

With so many great RPGs finding their way on to the Xbox 360 it was a very hard to decide which game is the best.  Fallout 3's most fierce competitors are obviously The Elder Scrolls IV: Oblivion and Mass Effect 2, but what makes Fallout stand out as the flagship among these reputable titles?  It all comes down to focus and presentation.  Looking at a game like Oblivion, I can't help but be drawn to its beautiful atmosphere and its endless hours of gameplay.  Unfortunately, Oblivion suffers from a difficult leveling system and a lack of focus.  Fallout 3 solves many of the problems by creating a progression system that's easy to use, but provides enough depth to set your character apart from someone else’s.  While it's easy and fun to get side-tracked in Oblivion, it's also easy to lose focus of the overall story and state of the environment.

Mass Effect 2 on the other hand seems to perfect the exact complaints that I had with Oblivion.  With a sniper-like focus on story progression, and a streamlined leveling system that gives every player the power to send their enemies flying across rooms and off ledges, Mass Effect 2 touts the most engrossing 40 hours I've ever experienced.  The only flaw that's keeping Mass Effect 2 from grabbing the top spot is its lack of RPGness.  Fallout 3 offers just enough depth to keep "hardcore" gamers interested, but makes it easy enough to comprehend for those who are just getting into games.  While I may only play Mass Effect 2 for 40 -60 hours, I have put well over 150 hours into Fallout 3 and I still desire to go back for more.

The story of the capital wasteland may seem dark and dreary at times, but every emotion of desperation and hysteria is captured through the atmosphere.  Each quest that you encounter during your stay will remind you of the hopelessness of the world around you and keep you wanting to fight the good fight (or the bad one).  You can help the citizens of Megaton for ultimate "good karma" or nuke them out of their misery for the ultimate Tenpenny suite.  Choices are boundless, and real consequences present themselves at every turn to make you second guess joining up with those local "slavers" for some extra cash.

If you're on a low budget gaming plan, or if you are looking for an engrossing game, then Fallout 3 is a title you should check out.  Hundreds of hours of gameplay, and a dynamic experience will keep you coming back to refill that video game syringe for months to come.