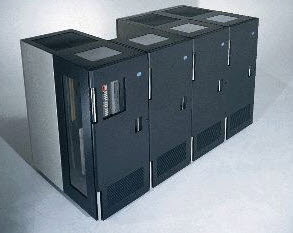 The European Commission has opened an antitrust investigation into IBM‘s actions in the mainframe computer market.

The investigation involves allegations that are well known at this point about whether IBM took actions that shut out rival mainframe software vendors and service providers. It could potentially lead to antitrust charges and fines against IBM.

Traditionally, the European Union has been tougher on American technology companies than U.S. regulators, having lodged large fines against both Microsoft and Intel. Now it is turning to big blue because of specific allegations that IBM elbowed smaller rivals out of the way by tying sales of its mainframe operating system to its mainframe hardware. The commission had received complaints from makers of third-party hardware that works with IBM’s mainframes.

The commission is also investigating IBM separately for its alleged discriminatory behavior toward competing suppliers of mainframe maintenance services. It specifcally focuses on whether IBM delays spare parts to third parties, blocking them from doing maintenance work. IBM invented the first mainframe computer in the 1960s and still dominates the market. But sales are past their peak, with mainframes accounting for about 10 percent of the worldwide market for computers used in data centers. But IBM’s sales are still big, projected to be about $3.3 billion in 2010. That’s about 75 percent of the mainframe market.

The companies that complained are TurboHercules, a French maker of open-source software for mainframes, and T3 Technologies, which distributes the Flex software that runs on mainframes. IBM said it is cooperating with the investigation and that the claims are without merit. It said the companies that filed the complaints are “proxies of Microsoft,” the New York Times said. IBM is likely to argue that it does not have a monopoly in overall server computing, since the mainframe market is a small subset of that. Here’s IBM’s full statement:

Not long ago, numerous high tech pundits and IBM competitors declared the mainframe server dead — a dinosaur, extinct. At that time, many companies were abandoning mainframe servers, and others were developing distributed alternatives to centralized computing. In the face of these predictions and fundamental marketplace changes, IBM made a critical decision: to invest billions of dollars in its mainframe technology to bring unprecedented levels of speed, reliability and security to the enterprise market. These investments reinvigorated the mainframe server as a vital competitor in a highly dynamic marketplace.

Today’s computer server market is clearly dominated by Intel-based servers from HP, Dell, Oracle and many others, as well as Unix servers. The numbers speak for themselves: mainframe server sales today are a tiny fraction of worldwide servers — representing just 0.02% of servers shipped and less than 10% of total server revenues in 2009, according to IT industry analyst firm IDC — and shrinking from 2008. That is in sharp contrast to Intel-based servers, which represented more than 96% of all server shipments and nearly 55% of total server revenues in 2009, according to IDC. The first quarter 2010 server share reports from IDC and Gartner show this trend continuing, with mainframe server revenue declining and Intel-based servers growing. Today, the mainframe server is a small niche in the overall, highly-competitive server landscape, but it remains a source of great value for those IBM clients who value its high levels of security and reliability. Yet even with all of its substantial innovations, the migration of certain customers and workloads away from mainframe servers to other systems remains common.

Certain IBM competitors which have been unable to win in the marketplace through investments in fundamental innovations now want regulators to create for them a market position that they have not earned. The accusations made against IBM by TurboHercules and T3 are being driven by some of IBM’s largest competitors — led by Microsoft — who want to further cement the dominance of Wintel servers by attempting to mimic aspects of IBM mainframes without making the substantial investments IBM has made and continues to make. In doing so, they are violating IBM’s intellectual property rights.

IBM intends to cooperate fully with any inquiries from the European Union. But let there be no confusion whatsoever: there is no merit to the claims being made by Microsoft and its satellite proxies. IBM is fully entitled to enforce its intellectual property rights and protect the investments we have made in our technologies. Competition and intellectual property laws are complementary and designed to promote competition and innovation, and IBM fully supports these policies. But IBM will not allow the fruits of its innovation and investment to be pirated by its competition through baseless allegations.