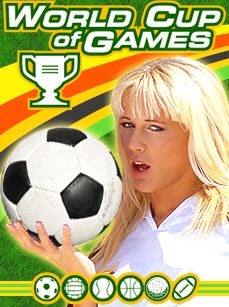 Zattikka, a London-based maker of browser and mobile games, has raised $5.5 million in a first round of funding.

Notion Capital led the round and it was joined by individual angels including Harald Ludwig, co-chair of Lionsgate Entertainment. It’s a lot of money for a game company that was started in August 2009. But social and mobile gaming are hot, and you never know where the next Zynga is going to come from. Zattikka’s parent company, Expedite 5, raised the money for Zattikka.

In its short history, Zattikka has published more than 100 web and mobile games and now makes two new games every week. Its portfolio of games has been played 77 million times. The company was able to kickstart its business by acquiring Gimme5Games, in September, 2009. Titles include Phantom Mansion, and portfolio sites include BadHed, a hardcore online games site. Zattikka is trying to target all gaming audiences, including the broader group of women and non-gamers who frequent social game sites, said cofounder Tim Chaney.

The company plans to use the money to hire new employees and expand its marketing. Zattikka was started by Chaney and Mark Opzoomer, two former Virgin Games executives. Chaney has 25 years of experience in games and Opzoomer was former chief executive of Yahoo Europe and Rambler Media. Ludwig is joining Zattikka’s board.

From the fourth quarter of 2009 through the second quarter of 2010, Zattikka increased its average monthly unique users by 76 percent and passed 1 million unique users in June. Of these visits, 69 percent came from the U.S., Western Europe and Japan.