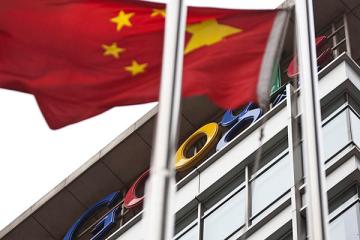 Earlier today, a Google status page which publicly tracks access to its services in China, reported that there was full blockage, or that search was unavailable between 67 and 100 percent of the time. But now Google says access to its search properties is normal and hasn’t been blocked.

A spokesperson tells us:

“Because of the way we measure accessibility in China, it’s possible that our machines could overestimate the level of blockage. That seems to be what happened last night when there was a relatively small blockage. It appears now that users in China are accessing our properties normally.”

It’s a big deal because relations between the search giant and the Chinese government have been testy over the past year. Google stopped censoring its search results earlier this year after discovering that hackers had attempted to break into its data and access information related to human rights activists. When users in China try to access Google now, they reach a landing page which directs them to an uncensored version of search based in Hong Kong. China recently renewed Google’s right to operate in the country but it’s unclear how long this situation will last.