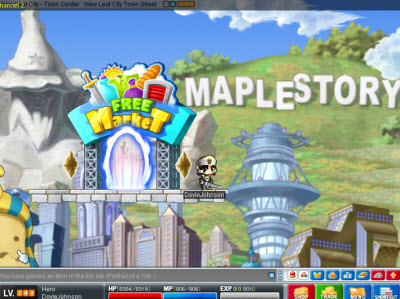 Nexon America said it has seen quarter revenues grow 26 percent in the second quarter, even as U.S. console game sales shrank during the same period.

Nexon America, a division of South Korea’s Nexon, makes free-to-play online games, where users can play for free but pay real money for virtual goods as they go. Nexon pioneered this business model in South Korea as a way to combat piracy, and now it is becoming a popular way to make money on games in the U.S. Game industry executives should take note that online games are catching on fast in almost every category, while retail game sales continue to sag.

That’s because sales of used games are hurting console sales and fewer consumers want to pay $60 for a new console game, since there are plenty of free games on the internet. Nexon said that June alone was up 36 percent from a year ago. The company does not disclose actual revenue and profit numbers.

“Our player base and revenues continue to expand, which tells us that gamers find that our free-to-play business model fits their play needs,” said Daniel Kim, Nexon America’s chief executive. Nexon recently launched Dungeon Fighter Online and is preparing to release Vindictus, another role-playing game. A closed beta will start for that game on Aug. 10.