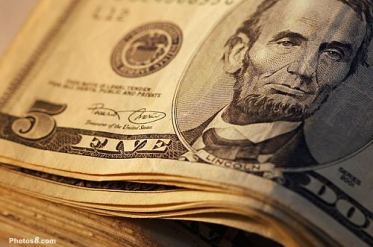 Green conscience and new technology are both laudable, but getting extra money in your back pocket is nice too.

Now, after all those years of paying taxes on your hard work, you can finally get some of it back. Consider it a tax refund for buying an electric car.

Now that we know the purchase and lease prices of two of the biggest-hitters–the 2011 Chevrolet Volt and the 2011 Nissan Leaf–many buyers will want to know is how much they’ll save off the purchase price once federal and local tax credits have been taken into account.

Buyers in the States will get some of the most generous discounts on their EVs. The government has pledged a tax credit of up to $7,500 towards the purchase of fully electric and extended range vehicles, which brings the effective cost of a $41,000 Chevrolet Volt down to only $33,500–at least, once you file your taxes. The Nissan Leaf and other EVs benefit similarly.

You may also be entitled to other financial incentives depending on where in the country you live. If you live in Georgia, you’ll benefit from another $5,000 tax credit.

California goes one better, by offering a $5,000 rebate off the purchase price that you receive within weeks of buying the car. But it only applies if you’re buying a fully-electric vehicle–great if you’re planning on buying a 2011 Leaf or 2011 Coda Sedan, but frustrating if you have your name down for the Volt.

As if to kick Volt buyers whilst they’re down, the range-extended EV also won’t qualify for California’s High Occupancy Vehicle (HOV) lanes, a privilege that Leaf owners will no doubt make use of.

David Cole, chairman of the Center for Automotive Research in Ann Arbor, calls these incentives essential for making EVs a success. The credits are meant as “a bridge for the technology to get competitive,” sweetening the deal for buyers and making the switch to plug-in vehicles a financially sound decision.

Like all sweet tastes however, it won’t last too long. “You can’t live on credits forever,” Cole says.

Ontario’s government wants 5 percent of all vehicles on the road to be electric in the next ten years, and discounts are accordingly generous. Even so, budget cuts have resulted in the original $10,000 offer being pinned back to $8,500, still one of the highest available.

The U.K. and Republic of Ireland

Under the recently departed Labour government, UK electric-car buyers were expecting to see up to £5,000 ($7,800) as a rebate off the price of a new EV. Now a change of government and budget cuts have left this figure in doubt.

On Wednesday, the coalition government announced that it would set aside $67 million in grants for electric vehicle buyers, but this is a fair way short of the $360 million pledged by the previous government.

This figure may be reassessed in 2012, but in the mean time, U.K. EV enthusiasts are holding their breath. Buyers in the Republic of Ireland are expected to enjoy similar discounts to their counterparts in the U.K.

France and the rest of Europe

In France, where small personal and commercial EVs have been popular for some time, motorists will get up to $6,500 back for buying an EV.

Neighboring Belgium is offering an impressive $11,700 from the cost of EVs, and Denmark, Greece and the Czech Republic offer exemption from registration fees and road taxes.

Not so lucky are German buyers – Autoblog, via German news site Deutsche Welle, reported back in May that federal funding will instead be going to technological research programs, rather than buyers.

The emerging industrial superpower is getting in on the discount act too – offering up to $8,800 to local governments and taxi fleets to switch to EVs. China have a thriving small EV market, some of which, like the Coda, are being re-engineered and sold on U.S. soil.

Some of these incentives extend to hybrids and other low-emissions vehicles, with France offering $2,600 towards the cost of some hybrids and the UK exempting cars that produce under 100 grams per kilometer of CO2 from road tax.

But the biggest discounts are reserved for electric vehicles. And despite the impressive incentives offered for EVs, newly proposed U.S. legislation actually puts more money into natural gas vehicles than into EVs.

To those of you considering buying an EV, the discounts will no doubt prove very tempting. In combination with the potential savings on running costs and maintenance, government incentives for electric vehicles allow these cars to be significantly more price-competitive.

Price is one of the main hurdles to the success of the EV at the moment–and reducing it takes EVs from the realm of the early adopters into the wider market, where sales success awaits.

Written by Antony Ingram, this post originally appeared on AllCarsElectric, one of VentureBeat’s editorial partners.