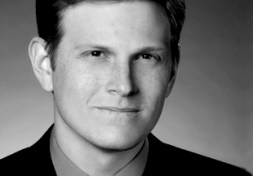 Facebook Credits are here, and they’re sparking quite a bit of debate. Credits are the virtual currency that Facebook hopes third-party game makers will use so that there’s a single, consistent currency across all the games in the Facebook community. But if you’re going to use Credits, you not only have to pay Facebook a 30 percent cut of any transaction you make with the currency, you also have to keep to some pretty stringent terms dictated by Facebook.

The terms are simultaneously very broad and very narrow. They’re broad in the sense that they establish a comprehensive set of regulations governing the implementation of Facebook Credits but narrow in the sense that those regulations only apply to Facebook Credits. The terms do not provide a comprehensive framework for all forms of in-game currency.

Specifically, here are a few select things the terms explicitly prohibit you from doing with Facebook Credits:

Further, you as the game developer are not the Facebook Credits mint. That means you lose a lot of practical control:

So why your own currency?
As mentioned previously, the current terms don’t extend beyond Facebook Credits. So creating your own in-game currency frees the game developer from constraints while still permitting them access to an important option for payment services.

Since your currency is not subject to the terms, you have full control over its use (subject to Facebook’s Developer Policies and Statement of Rights of course). For example, you can permit trading of your currency between players within an application, which is prohibited for Credits. That means Little Jill Jellybean can send Disaster Dollars to her friend so the friend can buy spent fuel rods in Uranium Enrichment City.  Perhaps that inspires the friend to play more and convert into a paid user later on.

More importantly, you have control over your in-game economy.  If you want to give away Disaster Dollars to a loyal user, you can. If you want to run a contest with an award of Disaster Dollars, there’s no problem. None of this is possible if you implement Facebook Credits directly into your game since the only source for Facebook Credits is Facebook.

You also can build in a safeguard from having the plug pulled. If you implement your own in-game currency you can offer your users a variety of options for the purchase of that currency other than Facebook (such as Paypal or Offerpal). Thus, if Facebook decides you are unworthy of Facebook Credits your game still has a viable means for monetization. If you rely solely on Facebook Credits you’re at the mercy of the eligibility clause.

Further, offering multiple options creates a greater possibility that a particular user will find one that appeals to him or her.  Users with a preference for Facebook Credits may use that option. Alternatively, if a user has a pre-existing relationship with another payment services provider and would prefer to use that provider, they can. Help them help you make money.  It’s not asking too much.

Once the exchange is made, you’ve locked up the value of those Credits in your own currency, ensuring it won’t move off to another application. You also introduced the user to an economy where you control the rules. And, as most game developers will tell you, few things are more important to a game than a well structured economy. The economy can dictate the tempo of the game and can have dramatic effects on a user’s interaction with the content. Normally it wouldn’t be something a developer would consider ceding control over.

So there’s the case for your own currency. There are arguments against, of course. Some argue that creating a separate currency is confusing and creates additional friction. Others argue that implementing Facebook Credits directly is good for the reputation of the game. I’m sympathetic to these arguments, but I find them unpersuasive in light of the root issue: direct implementation of Facebook Credits without a buffer currency effectively shifts control of a critical aspect of your game (which is often the main source of monetization) to a third party with potentially different incentives. Not good.

A buffer currency allows you to leverage a powerful new player in the payment services space while retaining control and flexibility.