Here’s our roundup of the week’s tech business news. First, the most popular stories published in the last seven days: 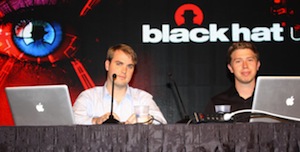 Android wallpaper app that takes your data was downloaded by millions — A questionable Android wallpaper app that collects your personal data and sends it to a mysterious site in China has been downloaded millions of times, according to data unearthed by mobile security firm Lookout. The firm described its findings at the Black Hat security conference in Las Vegas, which is where this week’s flood of security-related posts came from.

Researcher shows how to hack ATMs with “Dillinger” tool — Using tools dubbed Dillinger and Scrooge, a security researcher showed how to hack an automated teller machine in front of a crowd of hackers and security professionals.

Why the Facebook-Amazon integration is bigger than you think — Facebook and Amazon.com partnered Tuesday in what could be one of the social network’s most important integrations yet.

12 years after original game, Blizzard’s Starcraft II goes on sale –Starcraft II: Wings of Liberty went on sale this week, some 12 years after the original game debuted. The game is likely to be one of the biggest sellers of the year and the first shot in the arm for the PC gaming market (aside from Facebook, of course) in a long time.

And here are five more articles we think are important, thought-provoking, or fun: 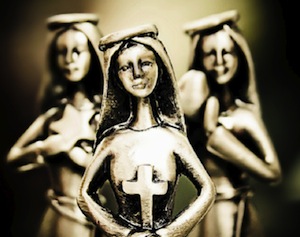 In Russia, startups need angels, not bodyguards — and now they may get them — Several proven Russian entrepreneurs have formed what looks to be the first promising seed-stage venture capital firm in Russia, called Runa Capital.

PeerIndex, Klout aim to find the Web’s real authorities — On the Internet, nobody knows you’re an expert. PeerIndex hopes to change that.

Just kidding: Google says China hasn’t walled off search — On Thursday, a Google status page which publicly tracks access to its services in China reported that there was full blockage, or that search was unavailable between 67 and 100 percent of the time. But now Google says access to its search properties is normal and hasn’t been blocked.