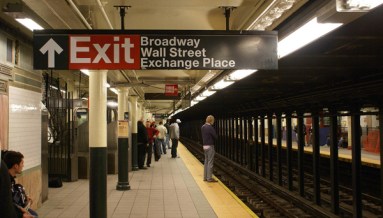 Wi-Fi coming to NYC subway — Plans to provide wireless access to subway riders in New York City have been resumed, with $200 million being allocated for company Transit Wireless to equip the tunnels with substations.

Twitter taking Saturday night off — The micro-blogging site is expected to go down Saturday night so that its hosting provider, NTT America, can upgrade portions of its network.

Nexus Two rumors emerge — Technology website Neowin reported today that Google is working on the sequel to its Nexus One smartphone. It’s unclear how valid these rumblings are considering CEO Eric Schmidt’s earlier remarks that no follow-up device was forthcoming.

RIM plans iPad rival — BlackBerry maker Research in Motion says it will be debuting its tablet computer in November to better compete with Apple.

Gmail tips its hand — An image surfaced today suggesting that several new features are coming to Gmail. Most of the changes are to the interface’s appearance. Geek.com has screenshots.

Facebook letting fbFund fizzle — The social network says that it’s not going to resuscitate its internal incubator after two years of funding companies building on its developer platform. Inside Facebook has the details.

Soladigm to build $130M plant — Soladigm, one of several green building firms working on energy-efficient windows, announced today that it will spend $130 million over the next six years to build a new manufacturing plant in Mississippi.