Microsoft announced today that its Office for Mac 2011, the newest version of its most popular software suite, will be available around the world starting at the end of October.

Another boon for Apple and Office users: Microsoft has lowered its price point per installation. The Home and Student package includes Word, Excel, PowerPoint and Messenger for $119 per install, or for $149 for three “Family Pack” installs. The Home and Business package includes the same programs with the addition of Outlook for Mac (it decided to kill its prior e-mail offering, Entourage, last August), and will retail for $199 for one install and $279 for two installs. 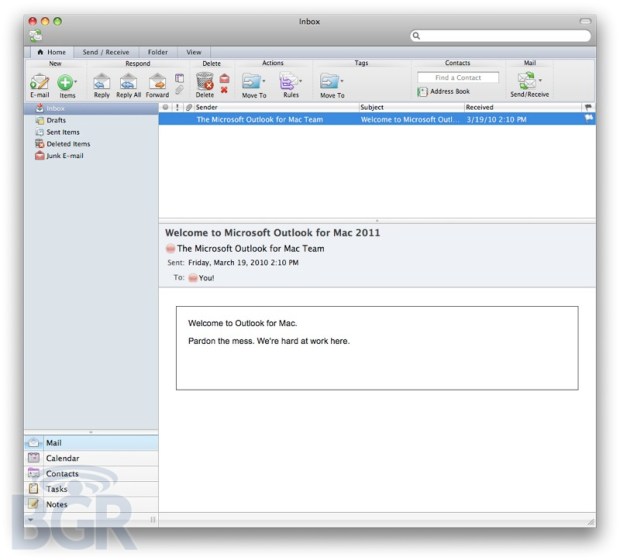 There will also be a discounted version of the Home and Business package, called Microsoft Office for Mac Academic 2011, that essentially provides access to all the same tools via authorized academic stores for a much lower price of $99 per install. It is being marketed to college students, staff and faculty.

Microsoft assures those who buy Office for Mac 2008 (the most recent release) between now and the October launch will qualify for a free upgrade via its Mac Technology Guarantee Program. The software will be available in 13 languages, with the new additions of Polish and Russian.

The company posted a video last week showing off the suite for Mac’s new features, including threaded conversations in Outlook — now mimicking Gmail — and a much bigger document template gallery to choose from.