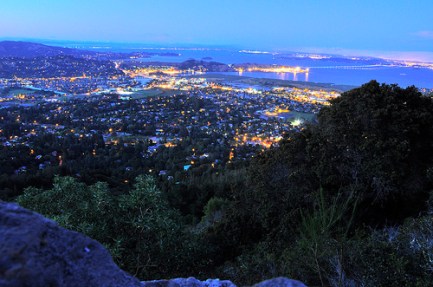 In June, California voters shot down Proposition 16, a measure backed by Pacific Gas & Electric that would have made it much harder for local governments to form their own utilities. Now one Northern California municipal utility is demonstrating why this was a wise choice.

The Marin Energy Authority, delivering electricity to residents in Marin County, was just named one of the top 20 power purchasers for local governments by the Environmental Protection Agency. It’s the first utility in the country to derive 75 percent of its energy supply from renewable sources of energy — an impressive figure considering that it’s California’s goal to get 33 percent of its energy from renewables 10 years from now.

MEA isn’t only distinguished by the amount of alternative energy it serves, but also the competitive prices it charges for it — lower than those charged for natural gas and nuclear generated electricity, according to a new report by Triple Pundit. Typically, traditional sources of energy cost about 2 cents less than renewables.

Located north of San Francisco, Marin County has a population of 250,000. MEA, chaired by the county’s elected supervisor, Charles McGlashan, says it gets about 78 percent of its electricity from solar, wind, hydroelectric, and even geothermal sources. This allowed it to launch the Marin Clean Energy program, offering customers the ability to get 25 to 100 percent of their power from renewable sources.

A joint power agency of eight local governments, MEA very recently set out to double the amount of renewable power its customer base was consuming and to deliver that power to rate payers at cheaper prices.

“We went to the marketplace and asked a broker to go find renewable power generators that could deliver power at competitive prices,” McGlashan said in an interview with Triple Pundit. “We’re able to charge our rate payers the same amount of money that PG&E would otherwise be charging them.”

He also credits Marin’s progressive energy strategy to non-restrictive tariffs allowing unlimited rooftop solar development. Not only can homeowners in the county oversize their own rooftop solar installations, they can feed the energy produced back into the local grid, and MEA will compensate them for it.

“We want to convince people to implement as much energy efficiency as they can,” McGlashan said. “They can use their entire roof tops to generate solar and we’ll buy it — there is no limit to how much we’ll buy.” In exchange, these homeowners will receive credits that they can use to pay energy bills in the future, or cash out at the end of the year.

“We’ll complement their efforts with a hard drive in energy efficiency programs so that houses won’t leak power or waste power,” he added. “The scenario I love to promote is the idea of Marin County citizens paying themselves to generate their own power. Might as well keep that money in our local economy.”

If the Marin Clean Energy program is fully implemented across the utility’s coverage area, it could slash county-wide carbon dioxide emissions by up to 500,000 tons, or 13 percent.

This is a powerful example of what local and municipal utilities can do. They have the ability to be more creative and have more incentive to diversify and build on offerings for their customers. With most Northern California residents required to use Pacific Gas & Electric’s services, there is very little motivation for the company to run innovative clean energy programs or to lower prices.

It makes sense that PG&E shelled out $46 million to block the creation of these new utilities — it could be facing some tough competition soon. There’s no way it can be as nimble as MEA, the Sacramento Municipal Utility District (which has fostered dramatic solar development) and others like them. But the fact that its proposition was defeated — even though the opposition could only muster $90,000 campaign — shows just how much public sentiment has turned against PG&E and how many Californians are interested in taking control of their power mixes.