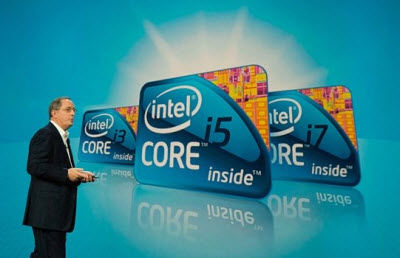 The Federal Trade Commission said it has settled charges that Intel used anticompetitive tactics to stifle innovation and harm consumers in the markets for the most valuable chips in the PC –microprocessors, graphics chips, and chipsets.

The terms of the settlement could make it much easier for rivals to compete with Intel on a level playing field, even though Intel has about 80 percent of the lucrative PC microprocessor market. In that sense, FTC chairman Jon Leibowitz called the deal an important step for protection of consumers and innovation.

“We are all looking forward to a more competitive landscape,” he said in a conference call with the press.

The FTC filed its complaint against Intel in December and charged Intel with waging a systematic campaign to shut out rivals such as microprocessor makers Advanced Micro Devices,Via Technologies and graphics chip maker Nvidia.

AMD settled its longstanding antitrust litigation with Intel last year as Intel agreed to pay AMD $1.25 billion. Intel also paid $1.45 billion to the European Union to settle antitrust charges there. But Nvidia is still locked in a legal battle with Intel over its right to make chip sets that work with Intel’s microprocessors.

“This agreement provides a framework that will allow us to continue to compete and to provide our customers the best possible products at the best prices,” said Doug Melamed, Intel senior vice president and general counsel, in a statement.  “The settlement enables us to put an end to the expense and distraction of the FTC litigation.”

Intel allegedly used strong-arm tactics to force computer makers such as Dell, Hewlett-Packard, Acer, and IBM to buy chips from Intel and not from AMD. In a related development, the Securities and Exchange Commission levied a $100 million fine against Dell for receiving and concealing secret payments from Intel in order to stop Dell from adopting AMD microprocessors. Such payments are now prohibited under the FTC settlement.

“This is a game changer for antitrust,” said David Balto, a former FTC attorney and senior fellow at the Center for American Progress think tank. “It demonstrates that antitrust is critical to keep markets open from abusive conduct by monopolists.  The Obama FTC demonstrated why antitrust enforcement is important by securing relief in less than a year — record time for an antitrust enforcement action.”

Leibowitz criticized Intel in a call this morning for engaging in unfair and anti-competitive tactics, including configuring its compiler software so that AMD’s microprocessors appeared to run slower than they really did.

“Intel made it look as if that slowdown was AMD’s fault,” Leibowitz said.

Rumors of a settlement surfaced weeks ago, but the negotiations were complicated. The FTC settlement averts a trial that was scheduled for September. FTC officials say their settlement goes significantly farther than previous antitrust settlements. For instance, it clarifies the rights of Intel’s competitors to make their chips in the factories of contract manufacturers so they can keep up with Intel’s manufacturing might. On top of that, it clarifies that competitors such as Via have the right to make microprocessors that are compatible with Intel chips; Via will have a license for at least five years beyond its current agreement, which expires in 2013, to make Intel-compatible chips. And it gives competitors more freedom to merge with other companies without losing their rights to make Intel-compatible chips.

Leibowitz said that reaching a settlement quickly was important in this case because the high-tech industry moves so fast. He said the investigation deals with allegations that go back ten years and will add more certainty to the market so that competition can flourish. Intel now gets a set of “rules of the road” for what it can do in the future.

Intel can no longer use threats, bundled prices, or other offers to exclude or hamper competition, and from deceiving computer manufacturers about the performance of non-Intel microprocessors or graphics chips, as it did with the compiler software.

The FTC made it clear that the order protects competition and not a single competitor. Rivals such as Nvidia will have the right to make graphics chips that connect to Intel’s microprocessors for six years. The FTC alleged that Intel violated Section 5 of the FTC Act, which is broader than antitrust laws and prohibits unfair methods of competition. Under Section 5, there is no right for competitors to be awarded triple damages. If Intel violates the settlement, it faces fines of $16,000 per violation.

Intel has to allow access to the PCI Express bus, or data pathway, that connects to Intel’s microprocessors, for at least six years. Intel can move on to a better bus if it is good for consumers, but it can’t do so just to circumvent rivals from connecting to Intel’s chips. The FTC settlement was unanimously approved, 4-0, with commissioner William Kovacic recused from the case.

In a statement, Nvidia said, “Nvidia supports the FTC’s action to address Intel’s continuing global anticompetitive conduct. Any steps that lead a more competitive environment for our industry are good for the consumer. We look forward to Intel’s actions being examined further by the Delaware courts later this year, when our lawsuit against the company is heard.”

AMD said, “The FTC has acted firmly in the interest of American consumers to safeguard the competitive process in the critically important microprocessor and graphics markets.  In our settlement with Intel, AMD’s critical remaining concern was Intel’s use of all-or-nothing discounts to deny competitors’ access to the marketplace. The FTC’s order clearly and firmly prohibits such abuse and guarantees ongoing monitoring of Intel’s conduct. A level playing field is AMD’s goal, and we are confident that our world-class computing and graphics processors will deliver great value and benefit to consumers in a fair and open marketplace.”