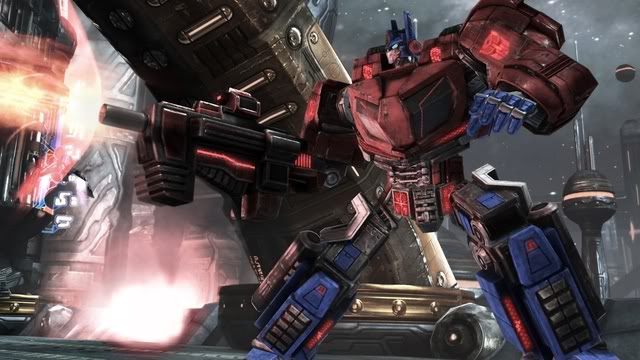 My historical knowledge and daily intake of pop-culture is limited. I go to the movies, but I don't read reviews or bookmark blogs; I dig a diverse array of musical genres, but I've never read Rolling Stone or followed a band's career; and I haven't watched weekly TV since I stopped caring about The Simpsons in the early 2000s.

Honestly, I spend too much time reading, talking, thinking, and writing about games to keep up with anything else. The number of must-see movies and classic albums I've missed is embarrassing. I am rectifying this problem, and I have video games to thank for it.

I'm not a huge Transformers fan, but I fell in love with Transformers: War For Cybertron. It's a great third-person shooter with the bonus inclusion of awesome, ax-wielding robots. That's enough to satisfy my inner anime nerd, but I enjoyed the end-of-days origin story so thoroughly that it left me wanting to find out more. As a result I currently have $300 in Transformers memorabilia — comics, toys, TV series — in my Amazon.com cart.

This is not the first instance of an overwhelming (and expensive) urge to consume content after completing a game, and I'm sure it isn't the last. 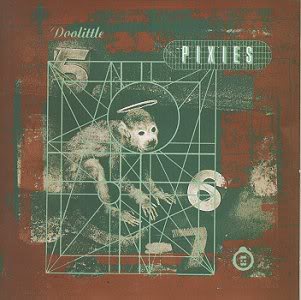 My recent venture into Red Dead Redemption's engrossing world put me in a similar situation. After dedicating 120 hours to the Old West, I wanted more media. I found myself scouring stores for Western films. Red Dead Redemption excited me so much that I added The Good, The Bad and The Ugly, The Outlaw Josey Wales, The Magnificent Seven, The Wild Bunch, and a handful of other movies to my DVD collection.

Here's the rub: I still haven't watched any of them. I can't say that I appreciate the genre more because of Red Dead just yet. But I'm excited to explore an area I've never had an interest in. Outside of The Lone Ranger, cowboys aren't my thing. Yet here I am with five real-life days spent in a Wild West game world, and a pile of Clint Eastwood flicks to watch this weekend.

A handful of cheap DVDs isn't terribly expensive, thank goodness. On the other hand, if I ignore the $200 bundle of instruments, the $60 sequels and spinoffs, and the dozens of downloadable tracks, Rock Band is the most expensive long-term purchase I've made outside of buying a car.

Because of The Beatles: Rock Band, I'm working my way toward owning each remastered Beatles album. My anticipation for Green Day: Rock Band enticed me to replace my missing Green Day CDs, as well as listen to some I hadn't heard. Dropping 10 bucks on a record is easy, especially when you add your credit card to your iTunes account. Spending that cash each week because an unknown album or new DLC track catches your ear? Yeah, that starts adding up.

Every time I load up the Pixies' album "Doolittle," a downloadable record I bought simply because it added more tracks to my Rock Band library, I mentally thank Harmonix for introducing it to me. Without Rock Band's gargantuan library, I would likely have missed what's since become one of my favorite pieces of music to date.

Pursuant to that, Rock Band is responsible for the guitar I'm currently learning to play. The thrill of rocking out with a plastic instrument convinced me, as I'm sure it has plenty of people, to take the dive and start learning a real instrument.

It  may sound cliché, but I can't put a price on the enjoyment I've received from Rock Band-influenced purchases. Harmonix rekindled my love for Nirvana, Foo Fighters, and Boston, while introducing me to unfamiliar bands like The Runaways, Phoenix, and The Shins. And because of the game, I'm learning to play my favorite artists' songs. That's money well-spent in my eyes.