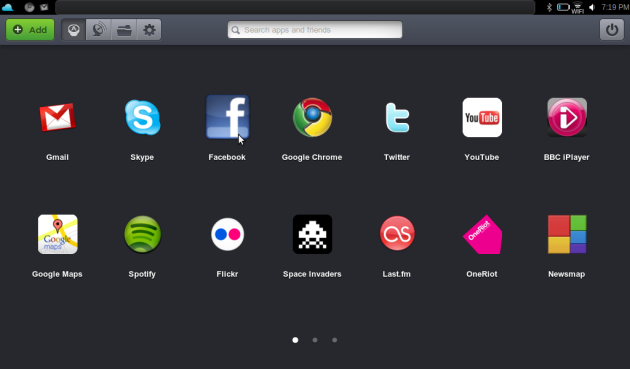 The Linux-based OS was originally announced in 2008 and has gone through extensive public and private testing since then. It’s built to install seamlessly on most major netbook brands, with no need for extra driver or software downloads. It relies heavily on web applications, instead of local programs, which makes it perfect for slower devices like netbooks. Version 1.0 adds support for touchscreens (a good sign for eventual tablet support), a simplified Windows installer, and an HTML5-based application launcher.

In my experience with a Jolicloud beta, the installation took less than 20 minutes, and performance throughout the OS was surprisingly fast on my anemic netbook. Now that it’s more refined, I suspect it can end up replacing Windows as the go-to netbook OS for many users.

The operating system is a direct competitor to Google’s upcoming Chrome OS, which is also meant for notebooks (and potentially tablets). But the company doesn’t feel threatened — in our previous coverage, a spokesperson said that Google Chrome “validates” what they are doing.

With Netvibes, Krim managed to create a personalized startup page site with a massive widget (or web application) ecosystem. In many ways, Netvibes acted as an online operating system — bringing access to services like Twitter and Facebook into one convenient location. Now with Jolicloud, it looks like Krim’s taking that concept a step further — now, for the most part, the web is the operating system.

The company is based in Paris, France, and raised $4.2 million in funding last year.