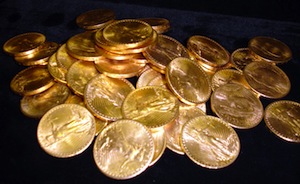 It looks like Google isn’t done acquiring companies to bolster its rumored social networking product Google Me. The search giant announced that it had acquired social application startup Slide last week, and now TechCrunch reports that it’s buying Jambool, the maker of a payment platform for social games.

San Francisco-based Jambool launched its product Social Gold in October 2008. It’s facing competition from Facebook as the social network launches its own virtual currency, Facebook Credits, and Jambool chief executive Vikas Gupta has criticized the Credits system because of its similarity to prepaid systems that haven’t worked in the past and because of the 30 percent fee Facebook will take off the top of every transaction. Presumably, Social Gold or some of the underlying technology could provide the virtual currency for Google Me.

Meanwhile, as Google develops its own social product, we’ve heard that Facebook CEO Mark Zuckerberg has declared that the company is on “lockdown” as it tries to upgrade its features to compete.

Google is paying $55 million for the acquisition, with another $15 to $20 million promised through earn outs, TechCrunch reports. We’ve emailed both companies for comment and will update if we hear back. (Update: Google just sent its standard response: “We don’t comment on rumors or speculation.” Jambool declined to comment.) Jambool raised $6 million from Hit Forge, Charles River Ventures, Bay Partners, and Madrona Venture Group.