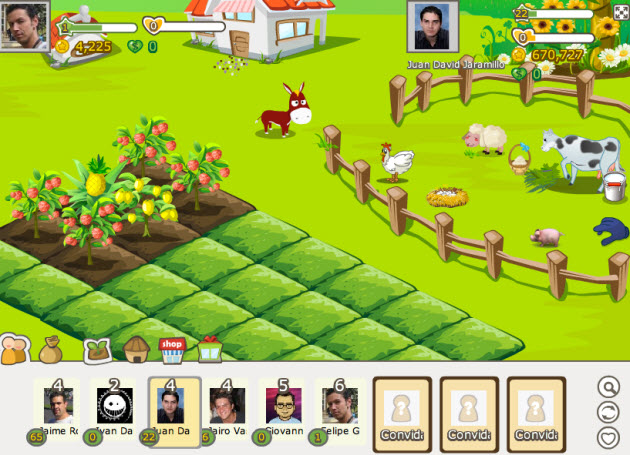 Social gaming firm Mentez has raised a round of funding to build games for the Latin American market and Brazil. 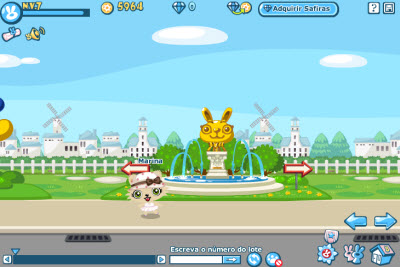 New York-based Insight Venture Partners has invested an undisclosed amount of money into Miami-based Mentez. Mentez will use the money to expand its portfolio of social games across Latin America and Brazil. It currently has 21 games on Orkut, the dominant social network in Brazil. Mentez also has seven games on Facebook, which is more popular in the rest of South America.

Some of those games were created by Playdom, which signed a distribution agreement with Mentez earlier this year. Among the popular Playdom games on Orkut are Tiki Resort and Bola. Mentez also operates a lot of its own games like Happy Harvest (“Colheita Feliz”), a farm game.

Juan Franco, chief executive of Mentez, said in an interview that Mentez has 12 of the top 20 games on Orkut, which is owned by Google. That’s a big deal because Orkut has 52 million active users and Brazil’s population has embraced social networking in a big way (Orkut users visit the site 26 times a month, on average). In Brazil and the rest of Latin America, Mentez has more than 22 million weekly active players, or those who come back once a week to play.

The opportunity in Brazil and the rest of Latin America is so big that Franco believes it’s a unique opportunity for expansion. Brazil has more than 201 million people and last year had more than 75.9 million internet users. Within a couple of years, that could cross 100 million users, which is about the current internet population of all of the rest of Latin America combined, said Franco. The Brazilian market has drawn other game companies; Aeria Games opened an office in Brazil last week.

Mentez also has its hooks in Brazilian users beyond games. It runs an alternative payment network in Brazil called Paymentez, which gives seven alternative payment options. That’s because credit cards are not widely used in Brazil. You can go into any one of 25,000 internet cafes or 100,000 retail locations across the country and find Paymentez cards. Paymentez is processing more than 45,000 transactions every day. Mentez also runs special offers with brands like Kraft, Wal-mart, Samsung, Hyundai, American Express and 20th Century Fox. Kraft offered millions of special cocoa seeds in Happy Harvest that players could plant to grow chocolate trees. The chocolate bar could then be harvested, stolen, or given to their friends as a gift.

Jeff Horing, managing director at Insight Venture Partners, said he believes Mentez has the management team and strategy to win in the related markets in the region. Franco said that Mentez is making money from its users, thanks to the alternative payment systems. The company’s games are free-to-play, but players can purchase virtual goods with real money. Roughly 3 – 5 percent will buy virtual goods in Brazil, generating revenue for Mentez. By comparison, those rates are 2 – 4 percent in Latin America, 1 – 2 percent in China, and 4 – 6 percent in North America.

Franco said the company develops its own games and also works with outside developers. Its internal teams in places such as Brazil and Colombia help architect games to have local appeal, so that the games are culturally relevant. Franco believes the future will be in games made by Brazilians for the Brazilian market. The company was founded in 2007 and has 40 employees.

Rivals include Vostu, which says it has the most traffic for a social game development company in Brazil. Daniel Kafie, chief executive of New York-based Vostu, says his firm has more than 20 million monthly active users on Orkut. The company has 150 employees and is backed by Intel Capital and General Catalyst. Vostu has three major games on Orkut, while Mentez has nearly two dozen.

Mentez scored big with its first game, Happy Harvest, which debuted about a year ago as a localized version of a game that was popular in China. Franco has more than 15 years of experience creating information technology operations in Latin America. Andy Kleinman, general manager for Latin America for Playdom, said that it was an easy decision to tap Mentez in the Brazilian market as the distributor for Playdom’s games. That’s because it so dominates the top ranks and can easily cross-promote games. Franco said the company is making money and was not seeking investment; now, it will use the funds to expand more rapidly than planned.