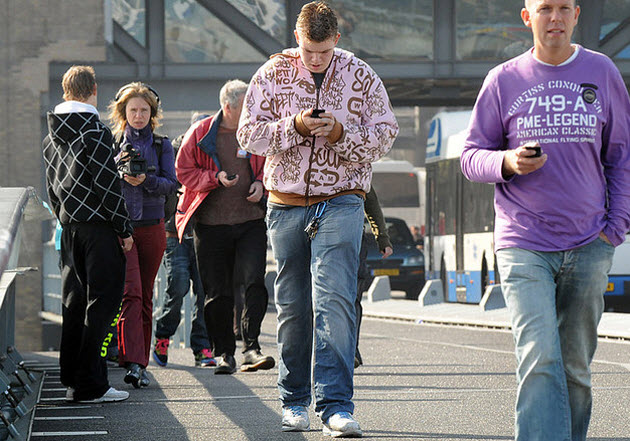 The video games industry is big and getting bigger. But it’s changing. Console games are getting riskier to make, while online and mobile games are taking over the market (see my updated Global Video Games Investment Review, which I’ll be using to open GDC Europe).

Today online and mobile games generate about a third of all games software revenues globally. In five years’ time they are forecast to generate 50 percent of all games software revenue, or around a fifth more revenue than pure console games. This morning, market researcher iSuppli said that cell phone games are growing fast as console and handheld games sputter. Whether you have faith in the forecasts or not, executives from the major U.S., European and Asian publishers all tell me that this is what keeps them awake at night.

What excites me about the online and mobile games markets is that they are both high-growth and profitable, which is pretty rare. The leading competitors are growing revenue 100 percent-plus annually while also delivering 20 percent to 30 percent EBITDA (earnings before income tax, depreciation and amortization) margins. Add to that a fragmented industry structure, no dominant leaders yet, plus clear strategic exit options, and it looks like this is the time for strategic game and media companies, as well as financial investors, to invest.

In parallel, generalist venture capitalists are investing less in video games. Despite the rapid growth of the online and mobile games markets, VentureBeat’s own analysis shows investment in games companies dropping 36 percent from 2008 to 2009. Our analysis (which uses different definitions) shows VC investment across video games in 2009 had dropped by 60 percent from its high point in 2007. The drop has come from general VC market weakness, combined with limited knowledge and relationships across the complex, fast-moving online and mobile games sectors.

I am constantly being approached by high-quality, high-growth online and mobile video games companies from the U.S. and Europe who are finding it harder than you’d expect to get the funds they need to drive growth during this critical stage, before the industry consolidates. Quality demand is exceeding quality supply of investment and board representation.

Why a growth capital games fund could fill the investment gap

The opportunity now exists for major strategic video games, media and financial investors to maximize returns from online and mobile, so high quality deal flow is needed. Yet entrepreneurs typically avoid direct corporate investment prior to exit, so major strategic players aren’t seeing quality deals until merger and acquisition time when valuations are full or already prohibitively high. As before, the generalist VC market isn’t putting enough money to work here either.

I believe that a growth capital game fund is the most promising approach, investing in online and mobile games companies rather than more common and higher risk project-funding of individual games. A true growth capital game fund would invest in working capital (debt convertible into equity via convertible loan notes), venture capital first, second, or third rounds (early stage equity) and growth equity (later stage mix of equity and some debt) in multiple, parallel game business development platforms (not “one game” hit driven companies). That’s where the strategic and financial investors should be looking to invest across the U.S. and Europe. Asia is also interesting, but you need local partners to make it work.

In terms of focus, I like companies like Bigpoint, with a portfolio approach for both games (DarkOrbit, Deepolis, Farmerama) and distribution (limited reliance on Facebook). I also like online/mobile games B2B middleware companies like Live Gamer. I’m less enthusiastic about predominantly single game companies like Jagex (Runescape), and the Facebook players (Zynga, EA Playfish). These companies aren’t diversified enough. Primary dependence on one game or one distribution channel is a bit risky for my tastes, as any game can decline or Facebook can turn you off or charge increasing rents.

The real difference with this approach is the delivery of earlier stage investments than otherwise possible, meeting the needs of high-growth companies independent of stage while also managing investment risk. With the right relationships and management, this could yield high growth capital returns (greater than 30 percent internal rate of return) or three to six times money multiple (where the company sells for several times what went into it) due to investment at lower, earlier stage valuations than typical acquisitions. So long as the rules of engagement are clear, there is substantial opportunity to make money by investing in the growth of the best online and mobile games companies.

In short, the video game funding model needs to be reinvigorated in the same way that online and mobile are reinvigorating the video games industry as a whole. The console industry today looks a lot like the old media industry 10 years ago: cash generative, revenues flat to down and cost focused. Fortunately there is a real opportunity for the games industry to attract investment in online and mobile to avoid a declining future. I believe it will happen.

Tim Merel is a Corporate Finance Director at IBIS Capital with Video Games, Digital Media, Technology and Telecoms experience in industry, direct investment, financial services, growth company development and turnaround, across Europe, USA and Asia Pacific, with background in software engineering, law and business from Yale and Sydney University. Tim has the triumvirate of evil professions, having been a lawyer, worked for Rupert Murdoch, and now being an investment banker. When he’s not doing sensible things, Tim writes adventure stories and plays a mean guitar.