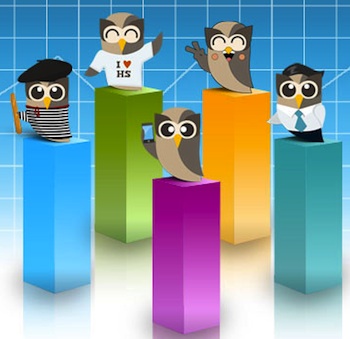 HootSuite announced today that it’s going to start charging some of the users of its social networking tools. Since HootSuite offers a handy way for businesses to manage their social media presence, the move isn’t a surprise, but this is the first time the company has shared the details of its business plans.

In a blog post outlining the changes, chief executive Ryan Holmes emphasized that most people won’t have to pay — the goal is for about 95 percent of users to continue managing multiple social networks from the HootSuite dashboard for free. As users start adding social networks and team members and want to get rid of ads, they’ll have to start paying, with rates ranging from $4.95 per month (a Bronze account) to $1,499 per month (an enterprise account).

“Following in the steps of industry giants like Salesforce, Basecamp and Flickr, we’ve crafted the package tiers to provide the most useful tools to as many customers as possible while also providing advanced tools to customers who need the business-centric features,” Holmes said.

New users will have to choose a plan starting today, while the migration process for existing users will start next week.

HootSuite was founded in 2008 by Invoke Media. It raised $2.9 million from Hearst Interactive Media, Blumberg Capital, and others.