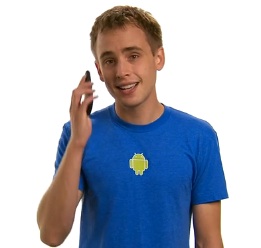 Google is dramatically expanding the ability of users to control their Android smartphones by speaking. Today, it unveiled a new feature called Voice Actions.

The feature is being included in the latest version of the existing Google Voice Search application, which will be installed on Droid 2 phones, and is also available for download on other devices using Android version 2.2. Voice Actions are a set of verbal commands for the phone, specifically:

Google spokespeople demonstrated this feature on-stage at a press conference in San Francisco this morning. The translation of spoken words into commands, and the performance of the actual tasks, seemed to happen quickly and accurately, although it remains to be seen how they perform in a less controlled environment.

The company said this will be particularly useful in cases where it’s not convenient to type. Lead engineer Mike LeBeau offered the example walking to a bar where he was running late for meeting friends, so he was able to dictate a text message saying he would be late then bring up a map to the bar. (And there will still be places where it makes sense to type, such as a library or rock concert.)

This seems to go beyond any of the capabilities Apple has built for the iPhone so far, though that may change since the company brought the startup Siri, which also allows users to perform tasks by voice. Google’s approach is pretty different from Siri’s in the sense that it’s focused on a specific set of commands, whereas Siri built a complex language model for translating complex commands into actions. Also unlike Siri (which planned to make money by taking a cut of the business transaction it enabled, though it remains to be seen whether Apple keeps that), this has less of an obvious moneymaking angle for Google. The call results will come from the unpaid search listings.

You can read more details on the Google Mobile blog.