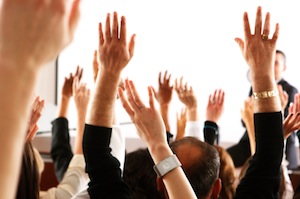 There’s no shortage of question-and-answer sites, such as the recently-launched Quora. But if you think the answers found in any one place are too limited, a new startup called Swingly has you covered. Swingly says it has gathered more than 100 billion question-and-answer pairs.

In some ways, Swingly would be better compared to Google than to a site like Quora. Like a search engine, Swingly is based on the idea that the answers to most questions can be found somewhere on the Web, where it gathers its data.

But Swingly isn’t searching by keyword. The Dallas startup was spun off from Language Computer Corporation and licenses technology from its parent company to understand the information in a statement, and to match that statement to the questions it might answer. Swingly says it recognizes 10,000 “entity types” and understands hundreds of relations, attributes, and facts.

So what does that mean for someone looking for answers? Well, with all those question-and-answer pairs, you can find answers to lots of arcane questions fairly quickly. Swingly estimates that it can answer your questions correctly 75 percent of the time — as long as they’re fact-, not opinion-, based. Possible questions include “What school did Lady Gaga go to?” “What director made the Clockwork Orange?” and “What politicians died in 2008?” Swingly usually lists multiple possibilities, so if it doesn’t get the question or the answer right away, you’ll likely find them somewhere on the results page.

Chief executive Andy Hickl emphasized that the service he’s unveiling tonight is still an early version. It should be able to answer lots of questions, but it’s primarily aimed at illustrating the technology’s future potential. He added that Swingly does best when answering questions about famous people or things.

To see how knowledgeable Swingly could be about a non-celebrity, I asked, “What college did Anthony Ha attend?” It wasn’t able to answer, but Swingly did know where I used to work (the Hollister Free Lance) and where I live (San Francisco). Oh, and the alternate questions started to get stranger as I got further down the page — one of them asked, “What is a white man – Anthony Ha?”

Hickl said Swingly is investigating three ways to make money, which all involve partnering with companies to help them sort through information — either social Q&A sites, or companies that have built large “data silos” (for example a listing of restaurants in a certain city), and large corporations that have built knowledge bases, often for internal use.

Hickl is gradually letting users into the site through a sign-up process. If you want to get fast-tracked, use “VentureBeat” as your invite code.

Swingly: Protecting Against the Zombie Invasion from Andy Hickl on Vimeo.