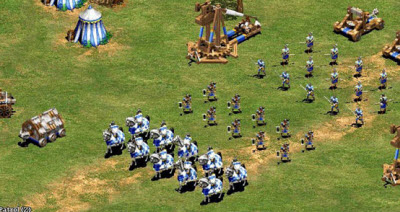 Age of Empires Online is a free-to-play game that is played via the Games for Windows Live platform. It will have a persistent capital city that lives and grows even when you are offline. It will have cooperative multiplayer quests, trading, and a level-based system that lets you progress at your own pace, and an approachable style and storylines. You start as a village in ancient Greece and grow it to an empire.

In the past, Age of Empires games have been PC titles sold in stores for $40 or more. More than 20 million of those games have sold. But it’s a new age now, and free-to-play games are becoming much more popular. Those games let players play the game for free, but players can choose to pay real money for virtual goods in the games. The game is being developed by Robot Entertainment, one of the game companies that formed in Dallas after Microsoft shut down its Age of Empires studio, Ensemble Studios.

Microsoft Flight is a new Windows exclusive game that is being developed internally. Microsoft launched its Flight Simulator game for the first time 28 years ago. Lots of fans worried that the company had shuttered the franchise after a bunch of layoffs. But now the company has evidently revived the game franchise. No other details were available on it.

Microsoft is also making a PC version of Fable III, which is a fantasy role-playing game being developed by Peter Molyneux’s Lionhead Studios. All three games are Games for Windows Live compatible.