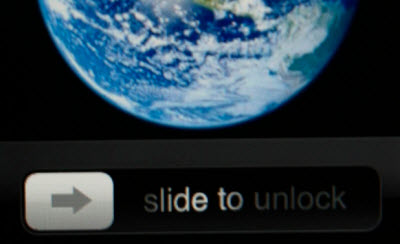 Apple is making news around the globe. Today, rumors surfaced that China Unicom will get the iPhone 4 for launch in China early next month. An Apple manager accused of accepting kickbacks from suppliers in Asia in exchange for confidential Apple data pleaded not guilty to the charges yesterday. And closer to home, Apple has received a patent for the “slide to unlock” feature on the iPhone.

Caixin Media Group reported that China Unicom plans to start offering iPhone 4 phones in China in early September. Apple also reportedly agreed to let China Unicom sell the iPad in China, though the launch won’t happen at exactly the same time. China Unicom had previously said it was in talks with Apple.

The iPad from China Unicom will use a 3G micro sim card, which is also used in the iPhone 4. Odds are good that the iPhone 4 will be a big seller in China.

An Apple manager accused of accepting illegal kickbacks pleaded not guilty on Monday that he and a co-conspirator collected more than $2.5 million in bribes from six Asian suppliers of parts of Apple’s products.

Paul Shim Devine, 37, of Sunnyvale entered the plea in federal court in San Jose, Calif. Prosecutors said that Devine’s Hotmail and Gmail accounts showed how he orchestrated deposits in 14 bank accounts. Companies competing to sell Apple parts for iPhones and iPods gave him tens of thousands of dollars per transaction. The emails were found on Devine’s Apple-supplied laptop hard drive, according to a civil suit against Devine.

A second man named in the indictment, Andrew Ang of Singapore, was not present and federal officials would not comment on his whereabouts. Devine worked at Apple starting in 2005. His attorney declined comment. Apple said that information supplied by Devine helped certain Asian suppliers beat out rivals for Apple’s business. Apple opened an investigation of Devine in April and examined Devine’s laptop. Devine instructed an employee at Cresyn, an ear phone and ear bud maker in Seoul, South Korea, to send payments in amounts less than $10,000 to avoid suspicion. Cresyn could not be reached by the San Jose Mercury News.

Apple received a patent on the “slide to unlock”  feature of the iPhone. A few years ago, this creation was pretty nifty because it prevented you from dialing someone while your phone was in your pocket. The U.S. Trademark and Patent Office has finally awarded the patent to Apple three years after its filing. Apple also received a patent on the “character pop-up” that enlarges a letter on the screen as you type on message on the iPhone’s keyboard. The enlargement of the key helps you realize that you hit the right key.