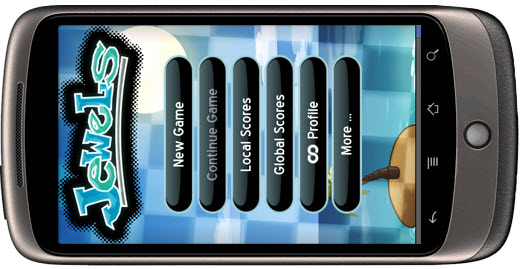 Scoreloop has scored an interesting deal for its social platform for mobile games. The Munich-based company is announcing today that it will provide a social gaming hub to Taiwanese phone carrier Chunghwa Telecom. That will help Scoreloop’s mobile social game platform reach millions of users in the fast-growing Asian mobile game market.

The deal with Chungwha’s Spring House Entertainment division is the first where Scoreloop is licensing its platform to a mobile carrier, which wants gamers to flock to its mobile gaming site and then stay there because of social networking features that are built into it. Scoreloop provides the social game platform, akin to a white-label technology provider, that Spring House Entertainment can market as its own branded social hub.

“We’re uniting users with one social gaming platform,” said Spring House Entertainment executive vice president Leo Lee. “Scoreloop’s solution surpasses similar initiatives such as Apple’s Game Center both in features and reach, as they let us bring this to users across multiple platforms. We’re thrilled to bring these features to developers and users alike.”

Chungwha’s Spring House Entertainment is the first of a number of potential customers for Scoreloop in the Asian mobile market, said Marc Gumpinger, chief executive of Scoreloop, in an interview. Scoreloop’s platform lets game developers build social features into their games. Those features include leaderboards, multiplayer challenges, and cross promotions. It’s often easier for developers to “socialize” their games with Scoreloop than it is to build the functionality themselves. So many game developers have adopted the Scoreloop platform on the iPhone and Android that the company says it is getting more than 100,000 new players per day.

“Everyone wants to have a Game Center like Apple,” Gumpinger said. “This relationship is the blueprint for that.”

The whole point is to take the inherent virality of a platform such as Facebook and bring it into social games. The first group of games that will enter Spring House Entertainment’s Taiwan App Market with Scoreloop social features will be from game developers Dreamsky Technology, Boolba Labs and Goodteam Studio. When users play games from those studios, the games will be able to suggest other games in the Scoreloop platform. In this fashion, Scoreloop is attacking the fundamental problem of app discovery: it’s becoming harder and harder to get noticed when there are hundreds of thousands of competing apps. One of the best ways to cut through the noise is through social recommendations. That’s the topic at our upcoming DiscoveryBeat conference in San Francisco on Oct. 18.

Scoreloop has 35 employees and has raised more than $3 million in funding. Rivals include Aurora Feint, Ngmoco, and PapayaMobile. More than 2,500 developers are using Scoreloop’s technology.